VCU will travel to George Washington tomorrow night for a 7PM tip in first round CBI tournament action. The game will be broadcast on HDNet.

The Rams should be the tournament favorite, coming into the field a full 21 RPI points higher than the next closest team, St. Louis (19-11) at 87. 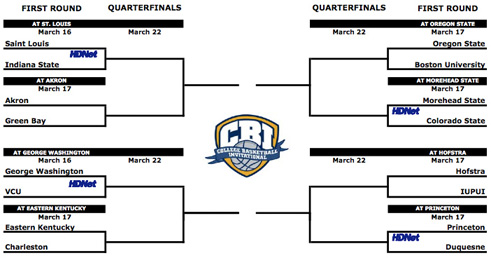 Matt Morton
Matt has been reporting on VCU sports for the past 12 years. He is also a graduate of VCU (BS in Information Systems, 2004, Executive MS in Informatio...
It's OK. You guys already hosted a tournament this year. It was called the CAA Tournament at the Richmond Coliseum. Good luck on the road. Too bad you are on the same side of the bracket as the mighty St. Louis Billikens. I'd say you got a raw deal. Haha.
"You've Gotta Have Heart" -- http://fdhub.net/youve-gotta-have-heart/