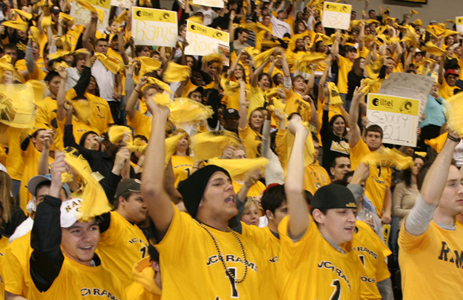 RICHMOND, Va. – The hottest college basketball rivalry in the Commonwealth of Virginia heats up again this weekend as VCU will do battle once again with the Monarchs of ODU.

This weekend’s battle will be at the Verizon Wireless Arena at the Stuart C. Siegel Center at 8 p.m. on Saturday. The game has been sold out for weeks and has now been declared a “GOLD OUT.”

Members of Ram Nation are asked to get decked out in anything and everything gold from their undergarments to their hair color.

It is expected to be the 13th consecutive sellout at the Siegel Center, the sixth longest active sellout streak in the country.

Tip time is set for 8 p.m. with doors opening at 6:30 p.m. Heavy traffic is expected around the arena, so fans should arrive early to root on the Rams.

And remember WEAR YOUR GOLD!