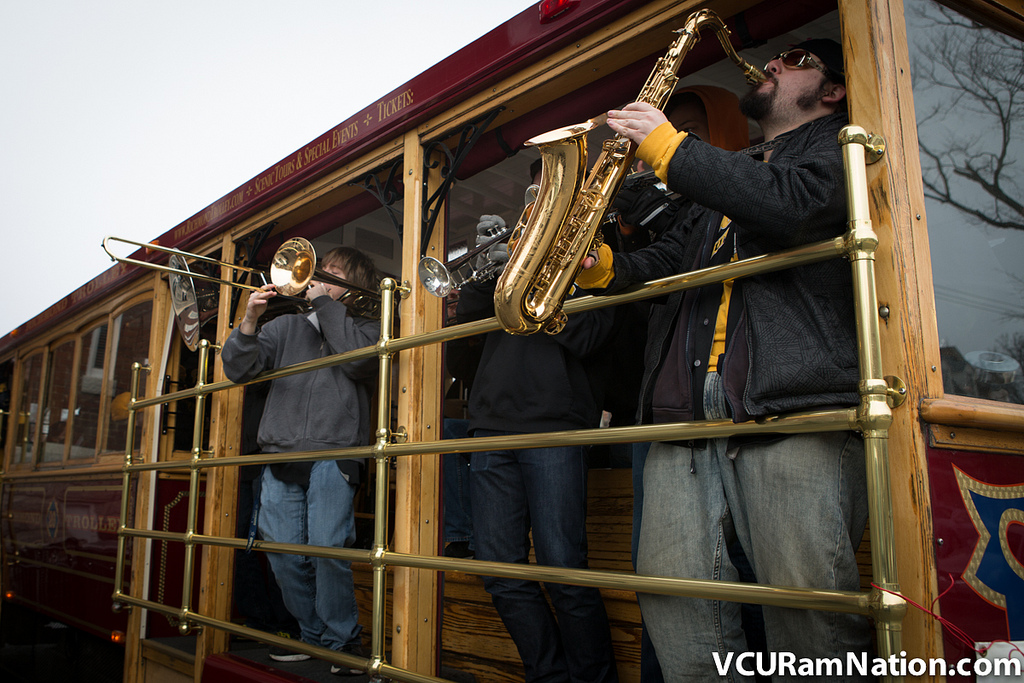 A VCU graduate, Coston served as assistant director of The Peppas during the 2015-16 academic year and performed with the band during its trips to the Atlantic 10 Men’s and Women’s Basketball Tournaments, as well as scores of other events. Coston also served as assistant director of athletic bands at Virginia from 2012-14, helping to lead the school’s 300-plus member marching band, as well as its basketball and Olympic sport incarnations.

“I’m excited that Duane accepted our offer to lead The Peppas,” McLaughlin said. “As an alum, he knows VCU well and he directed The Peppas several times throughout the last year. I look forward to working with Duane on enhancing the experience for the students in the pep band and carrying on the incredible home court environment created by The Peppas, the Gold Rush Dancers, the cheerleaders and our passionate fans.”

“I want to thank Ed McLaughlin and the VCU administration for the opportunity to lead a fantastic group of performers in The Peppas,” said Coston. “As a VCU graduate and through my experience working with the Peppas last year, I know full well that this is the premier pep band in college athletics.”

At Virginia, Coston led rehearsals and managed the operating budget of the school’s Olympic sports band, and accompanied UVA’s basketball band to the 2012 and 2013 ACC Tournaments and the men’s team’s 2016 NCAA Sweet 16 appearance at Madison Square Garden. In 2014, Virginia’s marching band received an invitation to the Macy’s Thanksgiving Day Parade.

“I’ve known Duane since he was in high school. VCU should be thrilled to get someone of that level of musicianship and that hard a worker. He did a great job for us at UVA,” said Virginia Director of Bands William Pease. “He’s a competitive person. He’s going to want to have the best band around. He’s a great guy, and he has a lot of energy. I’m very happy for him. “

Coston also boasts 16 years of secondary music teaching experience in Virginia, most recently at Monticello High School in Charlottesville, where he led the school’s marching band and directed a number of other ensembles. In 2015, Monticello won a Virginia Honor Band Award under his direction. Coston’s bands have been named “Grand Champion” of eight different competitions during his career.

In addition to his experience in secondary education, Coston has served as an adjunct faculty member at both VCU and Longwood during his career.

Coston received his bachelor’s degree in music education from VCU in 1998, as well as a master’s in music performance from James Madison in 2000.