VCU senior point guard Marcus Evans has been named to the watch list for the 2020 Bob Cousy Point Guard of the Year Award. The Cousy award, handed out by the Naismith Hall of Fame, is one of the most highly regarded awards in college basketball, recognizing the top point guards in college hoops each year since 2004. Ja Morant (Murray State) received the award for the 2018-2019 season.

Evans, a 6-foot-2 rising redshirt senior, is coming off a campaign in which he led VCU in points (13.6 ppg), assists (3.2 apg) and steals (1.9 spg) and helped VCU on a run to an A-10 regular season title and an NCAA Tournament berth. VCU tied a school record with 25 regular season victories with Evans.

Evans has drawn more attention over the last year, including an invitation to Chris Paul’s Elite Guard Camp, a prestigious camp of which the top 20 guards in the country are invited to attend.

Despite excellent point guards over the past decade, VCU hasn’t seen a nomination for the Cousy Award since Eric Maynor was named a finalist in 2008-2009.

Matt Morton
Matt has been reporting on VCU sports for Ram Nation since 2007 with a focus on news, photos, and feature stories.
View thread (12 replies)
R

Young man has a big upside this season: his health, teammates that will be more complimentary to his game, and solid base of success to build on. Not having to do so much and having other teams needing to spread out their defensive focus is going to allow him to have an outstanding senior season. Can’t wait! Ram em’.

This is so incredible.
C

Intersting that the A10 player of the year is not on that list.
J

I guess they don't think he qualifies. 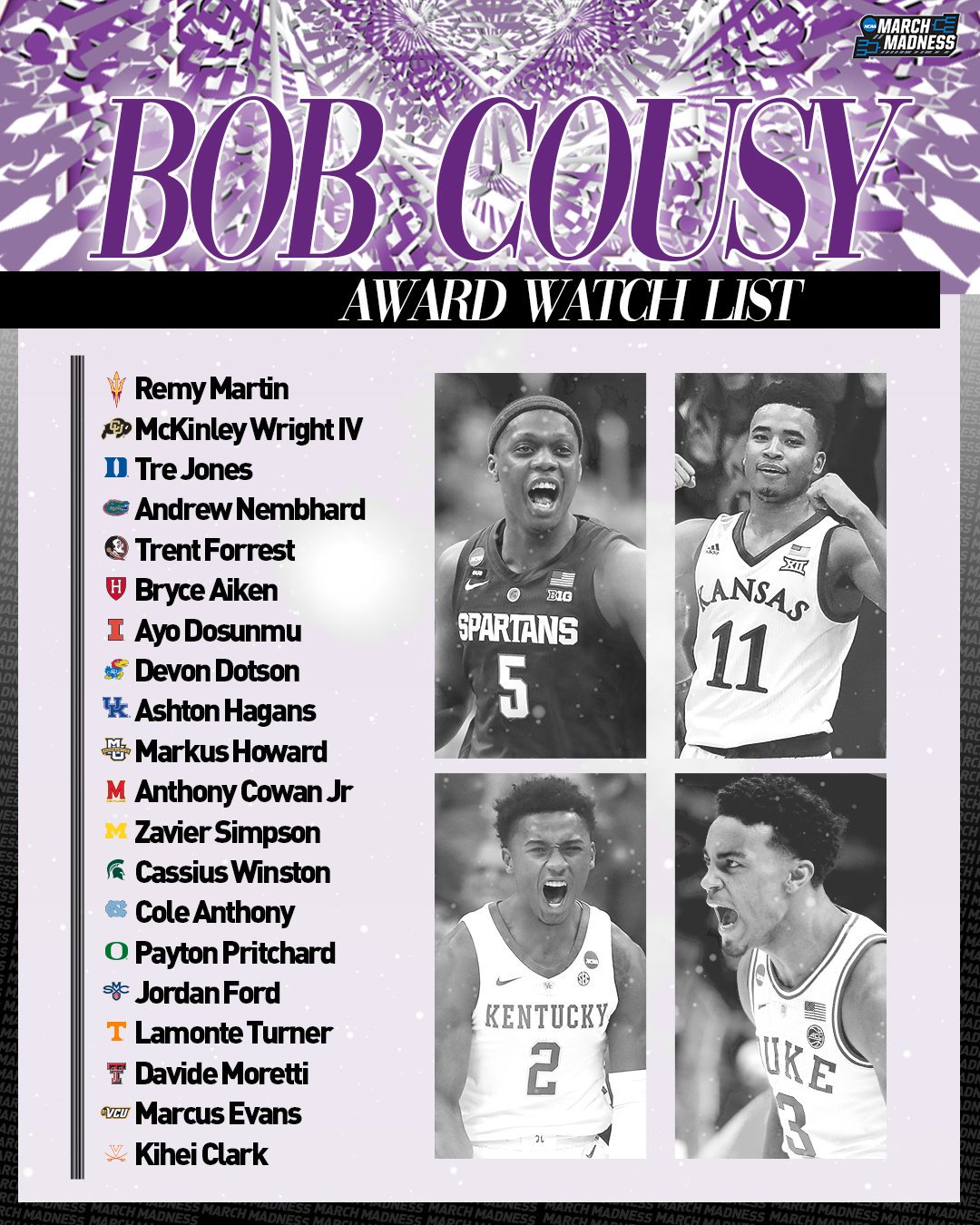 I did not like their graphic so I fixed it.

By the way, that Cousy watch list made me want some cognac. If I have another son I might name him George Dickel.

Great to see VCU mentioned with all of those programs.

Went to the Black and Gold game and he got his springs back in his legs! It was a NOTICEABLE difference from last year. You can tell he's healthy this year!

Who_Dat_Ninja said:
Went to the Black and Gold game and he got his springs back in his legs! It was a NOTICEABLE difference from last year. You can tell he's healthy this year!
Click to expand...

I agree. He looked great and now we know that we actually did only see about 75% of Evans last year. In warm ups he had some real nice slams.

AlienAiden said:
I agree. He looked great and now we know that we actually did only see about 75% of Evans last year. In warm ups he had some real nice slams.
Click to expand...

How dare he dunk in warmups. He could get hurt! In fact, he should refrain from lifting his legs off the ground at all times other than during official games.

JAG is good and probably should be on the list over someone like Clark, but it's not as clear cut that JAG was better than Evans, especially during the Conference season