VCU suffered a tough close loss to the fifth-ranked Dayton Flyers on Tuesday, but there was an odd bit of optimism following the L and all of it had to do with VCU’s youth.

The Rams were carried by their younger players on the evening. Freshman Bones Hyland got the start in senior Marcus Evans’ absence (knee injury) and scored a game-high 18 points in a contest featuring a likely top-3 pick in this year’s upcoming NBA Draft. Hyland connected on seven of his 14 attempts in the loss including a 50% night from beyond the three-point arc. He’s currently shooting 45.1% from long range in conference games, the best mark in the Atlantic 10.

Classmates Tre Clark (4 points on 2-3 shooting), Jarren McAllister (one point on a free throw) and Hasan Ward (0-1 from the field) all showed promise in the matchup, battling with the A-10’s best, competing with a number of what are sure to be All-Conference selections next month. VCU got another 16 points from their two sophomores, 13 of which came via Vince Williams’ best game of the season, matching a career-high in points from last season’s home loss to Charleston.

But for the purposes of this post, let us focus on the freshmen, in what I believe is one of the most promising frosh groups I have ever seen in my time watching VCU basketball.

There are a number of advanced stats I love, but two I think can give you a decent look at just how good a player is/can be when combined are PER (or “player efficiency rating”) and overall plus/minus.

PER can at times be soooooorta misleading because it tends to favor efficient scorers who may not be the best defenders or team players in general, but overall it’s a solid stat that gives a snapshot of how efficient a player is while on the floor (look up almost any historically good player, particularly Player of the Year/future NBA types and they are sure to have a high PER).

I particularly love outlier high box plus/minus numbers that can show just how much better a player is than their team and when you combine an extreme PER with an outlier box plus/minus, you can tell just how special a player can be.

Green is a player I loved in college, not just because of his show-stopping dunks at my brother’s alma mater Highlanders, but because his efficiency numbers matched the eye test that he so easily passed.

Green’s PER his senior season was an insane 33.4 (note: future NBA top-3 pick from Dayton, Obi Toppin, is currently at “just” 31.3) and while his overall box plus/minus was “only” a +4.7, it was a +4.7 on a team that had 10 players in the red and one other in the positive at +0.5. It was essentially an outlier number that told you just how good this guy was on an otherwise bad team, how he carried them and how I eventually ended up losing Green to Danny Ainge and the Boston Celtics this past summer where he is now on the active roster and has started this season.

Note: You can find both these numbers for free at sports-reference.com.

I encourage you all to browse the VCU Sports-Reference.com pages to see how other examples panned out (or just Google and player you want to look up and with “sports-reference” in the search), but having looked through all of the available samples myself and not just that, but having the eye test match the numbers, I can’t help but feel excited about VCU’s future.

Your current Rams freshman class was ranked the No.2 class in last season’s A-10, mostly due to UMass edging the black and gold out via the signing of in incredibly talented big, the top-100 ranked Tre Mitchell (20.8 PER with a +2.3 box plus/minus). The incoming class sits at No.1 in the Atlantic 10 and boasts a group of soon-to-be Rams that chose the black and gold over a slew of not only P5 teams, but good ones at that.

Rhoades is now recruiting to VCU as a top-50 team and a coach with an A-10 regular season title and a NCAA tournament appearance on his resume. He did not have that luxury when he brought in VCU’s first class, a class where the only remaining player is star center, Marcus Santos-Silva.

His next class featured high school 4-star, Vince Williams, as well as KeShawn Curry, the only two players remaining from that class following PJ Byrd’s transfer to Colorado State.

Hyland, McAllister, Clark and Ward (not to mention America’s favorite walk-on, Arnold Henderson) with an incoming class that 247Sports.com ranks as the 50th best class nationally, is only really beginning to just paint the picture of what Coach Rhoades is trying to build on Broad St. As Ram fans we’ve been a bit spoiled by our success and after being picked to win the A-10 this season after a surprising first place finish last year, are struggling to accept the results on the floor this season that even in disappointment has VCU ranked 53rd nationally on kenpom (three spots behind defending national champ, UVA, coached by eventual Hall of Famer, Tony Bennett).

But hear me out: give this staff time, because the young pieces they are putting into place I believe can be truly special and can not only restore VCU as a legit top-25 caliber team, but one that I think will be built on the coaching stability we’ve all been craving after losing four coaches in a matter of 11 years at VCU before Rhoades and Co. came to town.

Mat Shelton-Eide
A two-time graduate of VCU (School of the Arts '07, Center for Sport Leadership '10), Mat is a co-founder of VCU Ram Nation and a longtime fan as the ...
View thread (36 replies)

Wow, analysis with facts, numbers and statistics!
I didn't know you were allowed to do that on here!

Interesting note that comes to mind from going over the article:
People who say MR coddles players or who might be "too loyal" should take a look at the folks eased out.
It's just part of the game now, and also, it's a good sign of how good a man manger he is , that none of the people leaving have really been a source of drama.

If we had had the results of year one, then this years results in year two, and last years results this year, people would be building a statue of MR.

Love your positive outlook. There are some good coaches out there who have had a lot more talent than VCU and have taken a while to bring there programs to the top. Just an example, Mark Turgeon finally has his Terps in a position to do something special. These things take time and we as supporters have to have patience.

NCRam said:
Love your positive outlook. There are some good coaches out there who have had a lot more talent than VCU and have taken a while to bring there programs to the top. Just an example, Mark Turgeon finally has his Terps in a position to do something special. These things take time and we as supporters have to have patience.
Click to expand... 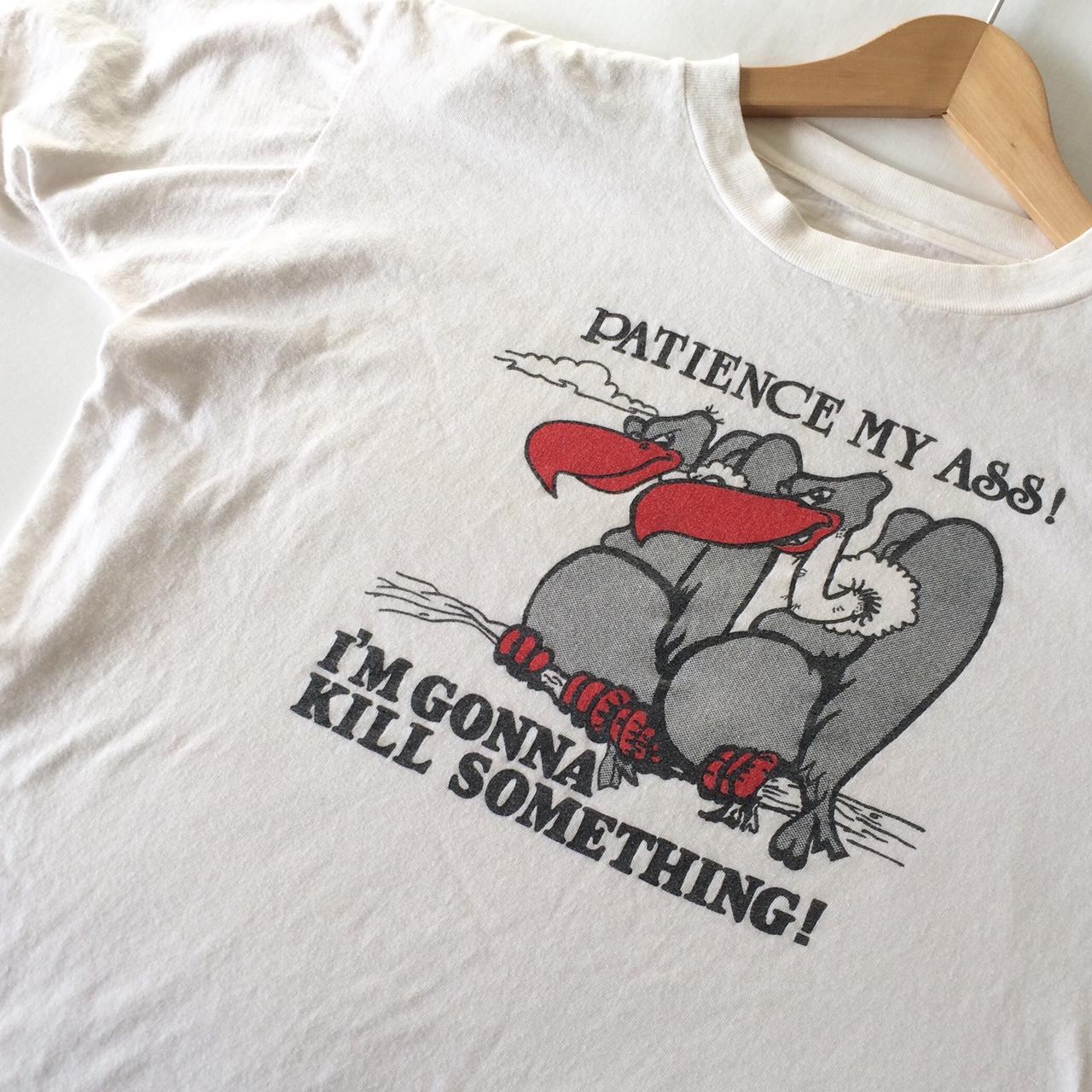 VCU74 said:
Some posters here may be interested in this....

That was my dad's favorite T-Shirt

Not bad. I think the key for Hasan is to just be a student of the game and try and get jacked in the weight room this offseason. He's got all the tools. If his worth ethic matches, he's got legit NBA potential, IMO.

Not bad. I think the key for Hasan is to just be a student of the game and try and get jacked in the weight room this offseason. He's got all the tools. If his worth ethic matches, he's got legit NBA potential, IMO.
Click to expand...

He has the physical attributes for sure, he needs lbs. and playing time now.

VCU85 said:
He has the physical attributes for sure, he needs lbs. and playing time now.
Click to expand...

Also I think a motor. Hasan has sooooo muuuuch raw potential, but sometimes he looks a little shy out there. I wanna see him playing like a madman out there, play angry, etc.
V

The lob on the pick and roll with Ward is available all the time.

I noticed certain players look for it, while a select few don't......

Plus, you just GOTTA love the Clark to Ward alley-oop. Frosh to frosh!!

It was defended well on a couple of occasions but it is a weapon for sure.
D

what about the oop from McAllister to Curry off the steal?
http://instagr.am/p/B9K32q8loGd/

duncanlamb said:
what about the oop from McAllister to Curry off the steal?
http://instagr.am/p/B9K32q8loGd/
Click to expand...