duncanlamb said:
stumbled on to this marquette blogger who has annual hypothetical cbb trade deadline..speculates about trading for bones... 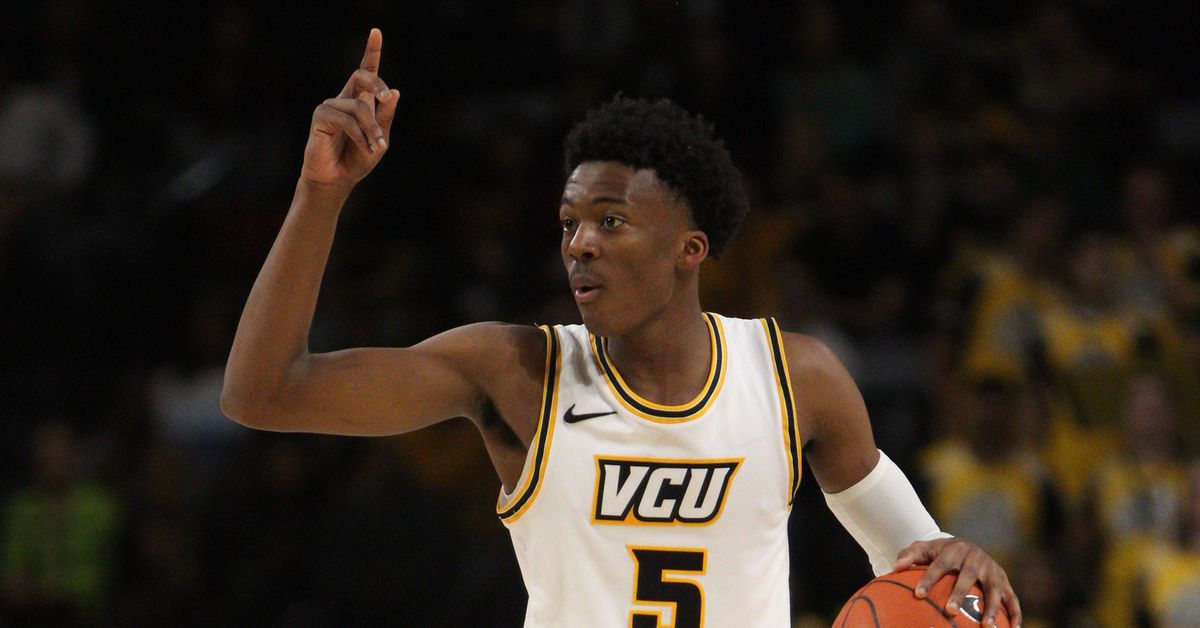 Examining Marquette’s hypothetical options is a Finals Week tradition around these parts.

That leaves VCU. I was very willing to write them off as a team with young, unheralded talent. Then I took a closer look at Nah’Shon Hyland. He was Delaware’s High School Player of the Year in 2019 after bouncing back from injuries set from a horrible family tragedy (pay for The Athletic, cowards) that forced him to jump out of a burning building (fine here’s a free article, go pay for The Athletic anyway). His comeback to playing basketball is truly miraculous and he’s on a fast track to being that one guy who every college basketball fan universally loves as a senior. He had interest from a ton of high major schools before ultimately landing on VCU. His nickname is also “Bones”, which is a top tier nickname.

the bench and is an absolute hound on the defensive end. When he plays, he’s the anchor of the Rams’ Havoc defense that we’ve all come to associate with the program and, while he has under-performed in this area through nine games of his collegiate career, he has the reputation of being a deadly shooter. That over-aggressiveness has led to some ill-advised shots and he will rush a bit during transition opportunities, but those can be chalked up to being a freshman. His future is incredibly bright.

Why,” you may ask, “would VCU give up their best recruit and likely fan favorite?” A large reason resides in their current roster. Right now there are 7 guys playing more minutes than Bones. Five of them are seniors, and Marcus Santos-Silva, a junior, could easily bolt for the NBA after this year. Mike Rhoades will be going through a major rebuilding effort after this year, and they’re currently competing in a massively tough A-10 Conference. While being the eighth guy off the bench is incredibly valuable to a team like VCU, I’m sure they’d much rather have a guy that can wiggle himself into being the first or second guy. Possibly someone who can provide some more scoring right now while being able to keep up defensively.

Enter Sacar Anim.
Yes, I feel icky about entering his name as well since he’s a redshirt senior who has clawed his way into a starting role and is the exact type of guy who gives us a reason to love college basketball. He clearly took his early season slump to heart and is back to his normal levels of steady production while being the best defender on the team. Part of what makes trades tough is that teams can’t just unload all the guys they don’t like and expect anything good to come out of it. It needs to hurt a little bit. This one will hurt emotionally, but it could make this team much better on the court."
Click to expand...

Bones is a starter.
Reactions: VRam, RAMBALLFAN, TampaKAP and 2 others

Newboy said:
Bones is a starter.
Click to expand...

He would be on many squads. His time is coming.
Reactions: TampaKAP

I honestly think he has a path there, but only if he can develop in outside shot, which given the work ethic and natural ability doesn't seem entirely ridiculous.

Finance Ram 10 said:
I honestly think he has a path there, but only if he can develop in outside shot, which given the work ethic and natural ability doesn't seem entirely ridiculous.
Click to expand...

You've seen his foul shot right ? Other than that he's a Wizard of Oz trifecta player; heart, courage, and brains.
Reactions: JDPolio

Dang. Thought I'd see some Bones stuff here...moving along.
H

Finance Ram 10 said:
I honestly think he has a path there, but only if he can develop in outside shot, which given the work ethic and natural ability doesn't seem entirely ridiculous.
Click to expand...

Love MSS, but the NBA is not in his future.
Reactions: PRock and Valley drop step

How did MSS creep on to this thread.

22min and Zero turnovers. Another great game from bones.
Reactions: ViCtorioUs, SpiderRAM, Ramball and 5 others
S