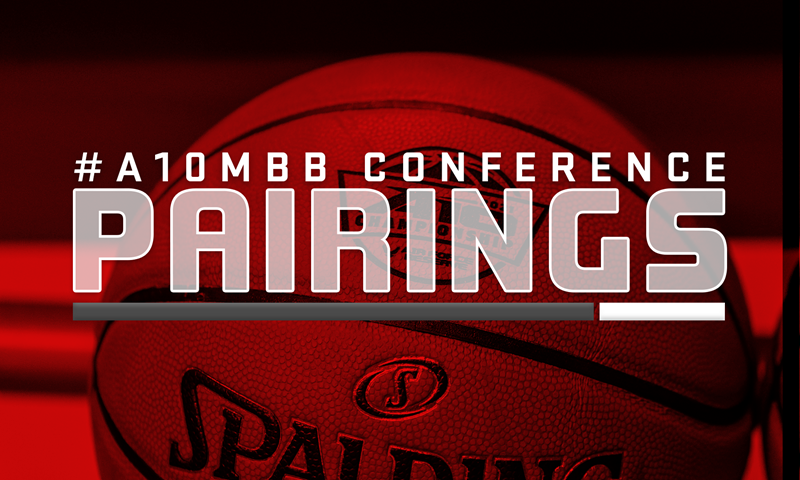 NEWPORT NEWS, Va. – The Atlantic 10 Conference will play an 18-game conference men’s basketball schedule in 2022-23 and will incorporate Loyola Chicago, which joins the league on July 1 as the 15th. The A-10 announced the team schedule pairings for the upcoming season Monday.

Interesting that VCU only plays fmason once. Overall, I'll take that conference schedule.

Judging from the pairings it is obvious that the A10 thinks the top teams are....VCU, SLU, DC, Loyola and Dayton.
M

Pretty excited to see Loyola on the road. Always nice to check out new arenas.
R

AlienAiden said:
Judging from the pairings it is obvious that the A10 thinks the top teams are....VCU, SLU, DC, Loyola and Dayton.
Click to expand...

So long as those other 4 teams also have almost the same teams to play twice.

RamDanFan said:
So long as those other 4 teams also have almost the same teams to play twice.
Click to expand...

SLU, VCU and UD with tough home and away pairings. DC is close. The issue with the NET is whether the committee will look at those teams as strong when some other A10 teams stack conference wins with a weaker schedule.

Pretty good assortment of pairings. Wish we’d have gotten Loyola as home/away but I’ll take this.

frequent flyer miles to Philly, Pittsburgh and Chicago in the same year.

UR will never be dropped as a home & home series. I would have been fine with Loyola over Davidson.

I'm gonna be in Chicago a few weeks from now so I'll see if I can get some scouting done for us.
T

Probably the best VCU could hope for in June. Dayton, Richmond, and SLU all excellent choices for the home and away. The Bonnies and Davidson would have been a coin toss with trying to determine new team vs. new coach so assume the equal and Davidson is a better financial choice. .

Now that we are at an 18 game conference schedule. Lets assume The projected top teams stay strong, the Bonnies and Davidson don't regress and one of Loyola, Umass or URI becomes a regular contender for a top three finish. Does the A10 consider going to a 20 game schedule with 6 home/ away games instead of 4? Then do you couple that with an aggerate metric for teams scheduling OOC. Say if your avg finish in conference is 1-4 you can schedule no more than say one sub 200 net team. I would rather play two mid A10 teams twice than a sub 200 team. For example playing SLU twice last year instead of Jacksonville St and playing St Joe's a 2nd time would have been better than playing ODU

When other leagues started talking 20 game schedules, I didn't see it being good for the A10 but if these new coaches can get the league back close to what it was when we joined, I can see it making sense, especially sense we are now at 18
L

This is probably the best they could have hoped for. All of our home/away series should be Q1 when we play away and Loyola will most likely be another Q1. If we have a good OOC schedule we could be one of the top teams in the net.

AlienAiden said:
SLU, VCU and UD with tough home and away pairings. DC is close. The issue with the NET is whether the committee will look at those teams as strong when some other A10 teams stack conference wins with a weaker schedule.
Click to expand...

I would say SLU & UD with the toughest (just looking at the H&H). VCU next and at least you got us instead of like Davidson getting Fordham. Loyola with mason and St Joe.
URI with an interesting 4 H&Hs, plus UD, VCU, and Davidson at home...
You must log in or register to reply here.
Share:
Facebook Twitter Reddit Email Share Link
Top