But the one with offers from VTech, Seton Hall and now us
Reactions: Half-baked Mcbride, duncanlamb and DisplacedRam

Another 2022 offer, Christian Winborne. 3 star PG from 247 and Rivals, has offers from LSU, Rutgers, Kansas State, UMass, Harvard, Nebraska, and a lot of others.

But the one with offers from VTech, Seton Hall and now us
Click to expand...

I can see why the VCU coaching staff is looking at other PG's in leau of McDaniel.

1. Michigan now has the inside track
2. McDaniel wants starter minutes and will get it from Juwan Howard with Rocket Watts gone. 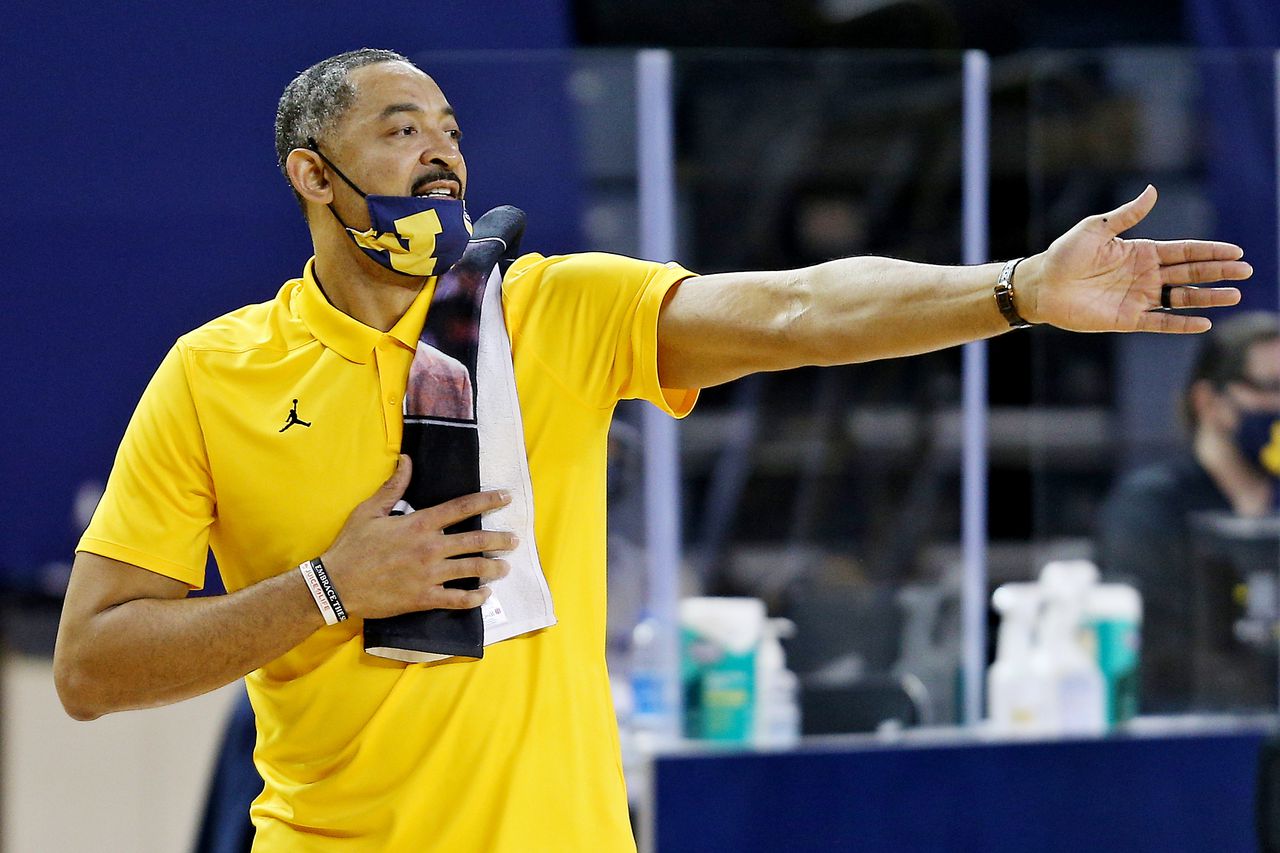 
McDaniel knows all of them well, including Howard. A few years back, McDaniel went to Florida to play for the Nightrydas -- his uncle is a coach -- and teamed with Howard’s youngest son, Jett, another 2022 prospect. “Me and Jett got really close,” McDaniel said, and that relationship has only strengthened over the years.

The wrinkle over the past year or so is that Juwan Howard is recruiting McDaniel. The two are in contact at least once a week. McDaniel texts with Michigan assistant Phil Martelli daily. McDaniel and his mom have a Zoom meeting scheduled for next week with the entire staff.

There are behind-the-scenes connections too. Martelli coached Farello’s former player, future pro Delonte West, at Saint Joe’s. There’s a Michigan basketball legend living down the street from Paul VI: Phil Hubbard, whose jersey hangs in the Crisler Center rafters, is a volunteer assistant on Farello’s staff.

McDaniel’s college options are mostly East Coast schools: Connecticut, VCU, Florida, to name a few. The Howard connection helps, and McDaniel points out that Ann Arbor is still in Eastern time zone (a surprise to a surprisingly high number of people). Campus visits have been on hold since the COVID-19 pandemic began, but restrictions will be lifted in June, and McDaniel has an official visit to Michigan on the calendar for then.

His plan is to commit in August, before his senior year starts.

He said playing time will be a big factor in which school he chooses. “Even if I don’t start, I want to get playing time (right away), because I feel like I can impact the game.” He said his mom will make sure he prioritizes academics as well.
Last edited: Saturday at 8:19 AM

Get both!
Reactions: WillWeaverRVA
D

WillWeaverRVA said:
4* with a VCU offer.

no reason to believe that Coach's recruiting that has been strengthening steadily won't continue that trajectory. Exciting times ahead!
Reactions: Half-baked Mcbride, LQuarles and WillWeaverRVA

@DisplacedRam yes sir, after landing Bones and Nunn, there's no way to go but up!
Reactions: DisplacedRam and WillWeaverRVA

LSU: “I love their fanbase. I think they have one of the best fanbases in the country and I love the way they play. Like Trendon Watford, I try to model my game after his a little bit. I’m not built like him, but they say I could be really similar to him.”