He is also garnering interest from pitt

One of the newest prospects on Pitt basketball’s recruiting board is Christian Fermin, a 6-foot-10 forward/center in the Class of 2022. At just 217 pounds, Fermin possesses a wiry frame with lots of room to add muscle. He is unranked on 247 Sports and Rivals and is just a two-star recruit...

At just 217 pounds, Fermin possesses a wiry frame with lots of room to add muscle. He is unranked on 247 Sports and Rivals and is just a two-star recruit according Verbal Commits, but is looking like a potential diamond in the rough in the class.

“My shot blocking is one of my best strengths,” Fermin told Pittsburgh Sports Now. “I can guard every position on defense. But, definitely the shot blocking is what stands out to a lot of college coaches. Offensively, I would say that I am a really versatile player. I can step out, shoot threes, I shot at a really high rate this season, but I can also score in the post. I can go against double, triple teams and I am really great at finding the open man and getting those passes there


He will be playing for PSA Cardinals in the EYBL league this summer so I expect him to blowup.


Mike Rhoades as well as the entire coaching staff is following him.
Last edited: Saturday at 7:51 PM
Reactions: thelonious_chunk and WillWeaverRVA
D

https://twitter.com/i/web/status/1388505564322353153
The latest update on Donald Hand. A month ago, he mentioned VCU amongst the schools recruiting him the hardest. Not so in this latest article.

He plans to make his official visits in June and commit in August.
D

https://twitter.com/i/web/status/1389257792045813760
A great interciew with 4* PF VCU target Jai Smith. Everyone and their mother is after Jai because he is game changer. VCU has a serious work cut out to get him here.

Great interview none the less.
D

Other 2022 prospects in the news from this weekend. 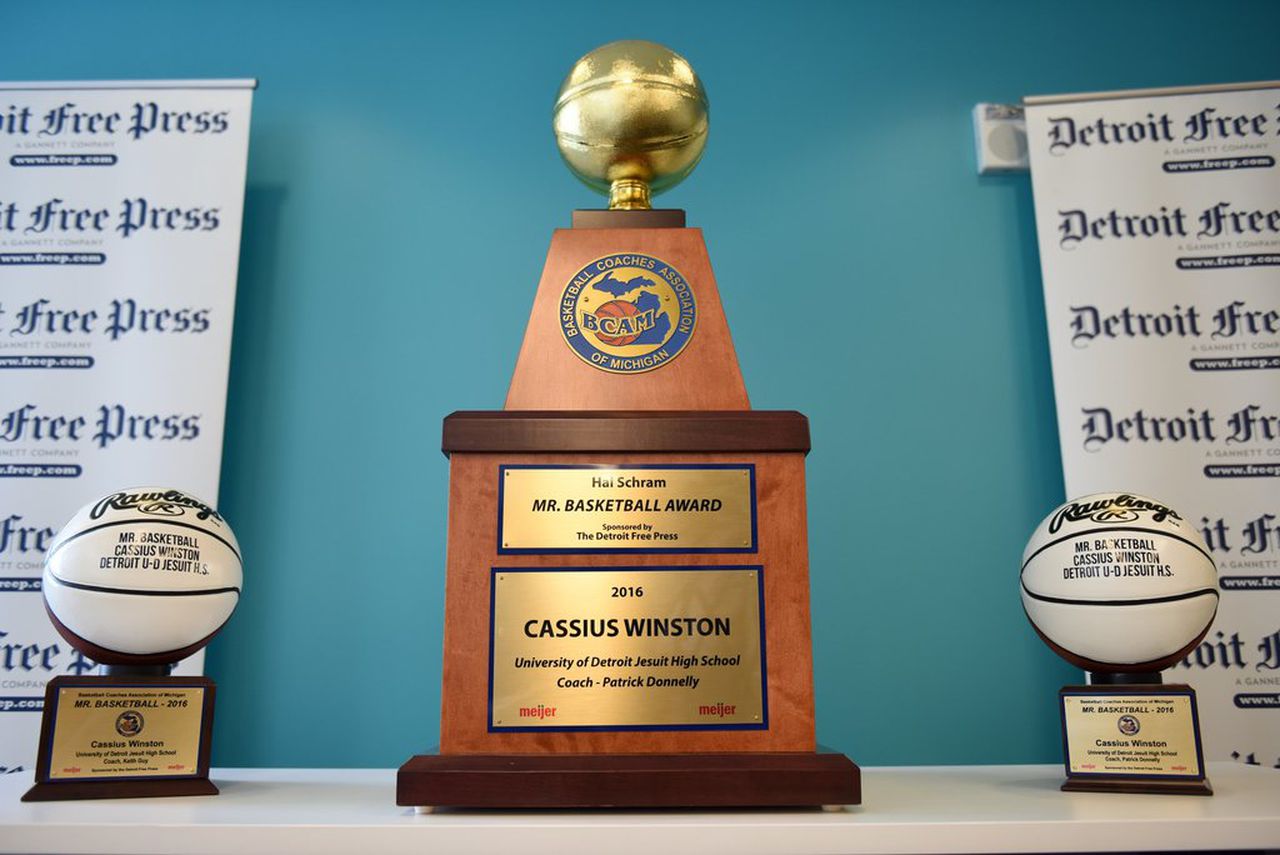 10 players to watch in race for 2022 Michigan Mr. Basketball

Who will win the coveted award next season?

FORT WAYNE, Ind. -- In the world of grassroots basketball, few are longer or better for scouting and watching talent than Saturday at the Bill Hensley Run-N-Slam. Led by Jalen

2022 VCU SG prospect Treyvon Lewis is the running for Mr. Basketball in the state of michigan.

Lewis improved leaps and bounds this year and became a prolific scorer and all-around player, recording a 50-point game in a win over Division 4 state champion Detroit Douglass. He averaged 21 points and 7 rebounds this season while helping the Eagles go all the way to the Division 2 state semifinals. The 6-foot-4 guard has offers from VCU, Toledo, Kent State and Siena.

Finally, we’ll look forward to seeing some more of 6-foot-5 small forward Treyvon Lewis of Ferndale (Mich.) and The Family. A long armed 6-foot-5 athlete, Lewis can make some things happen when he’s attacking the rim and his length and athleticism give him big potential on the defensive end of the floor. Kent State, Siena, Toledo and VCU have given him early offers.


"When we updated the 2022 rankings during the winter, Gahanna (Ohio) Lincoln point guard Sean Jones rated as a three-star point guard who landed just outside of the top 150. The next time we update them, Jones should be inside of the top 150. He’s quick, he puts pressure on the defense, and he has a calming presence about him that rubs off on everybody around him. Penn State is his newest offer joining Marquette, Pittsburgh, Virginia Tech and Xavier. West Virginia is tracking him closely as well. Many more will jump in sooner than later.".
You must log in or register to reply here.
Share:
Facebook Twitter Reddit Email Share Link
Top Bottom