Torey B. is going back to Trinity and coaching.
D

For those with instagram, Nice Billups highlight reel.
D

https://twitter.com/i/web/status/1422225756638351366
2022 SG Otega Oweh (Blair Academy, NJ) – Otega Oweh proved to be one of the premiere stock risers last month helping Team Final (PA) capture the Nike EYBL Peach Jam championship about a week or so ago. The 6-foot-4 athletic two-guard showed his confidence offensively throughout the month of July. Oweh is an athletic guard, able to hit perimeter shots, plays with amazing toughness, an engaged defender, and can finish through contact inside the paint. The rising senior was extremely eye-opening with his energy and high motor on one of the best teams in the EYBL. He has earned offers from Oklahoma and Pittsburgh recently after an outstanding two weeks down in North Augusta, South Carolina but that should certainly change over the next few weeks. Otega will be playing on a top-25 caliber program for his senior season with Blair Academy (NJ).
D

Florida has added a late addition for this upcoming season with 6-foot-4 shooting guard Elijah Kennedy. Kennedy was originally set to do a post grad year but now will forgo that process and head to Gainesville for his freshman season this year. Florida was always high on Kennedy's list and after the late offer/visit he was ready to commit.
D

The "DMV" area has been in the spotlight of the 2022 NCAA Basketball recruiting class overall, with a number of players excelling in the Summer d...

Here is a really good busting brackets article provides that privudes a detailed analysis of Alphonzo 'Fatts' Billups final 6 schools and ranks them.

"
The “DMV” area has been in the spotlight of the 2022 NCAA Basketball recruiting class overall, with a number of players excelling in the Summer during the Live-Action period of AAU play. One of them has been Alphonzo Billups, a 6’7 forward that has been fairly hidden among the local recruits, at one point not even being rated in recruiting services.

That has changed in the past month, as Billups has risen to either a three or four-star prospect depending on where you look. According to 247sportsComposite, the wing is ranked in the top-100 overall for the 2022 class."

Billups is a very intriguing prospect in that he operates as a perimeter player (handles, shooting, various ways to score), while still having great size for a forward that can defend at a high level. He projects to be a 3-4 year player at the power conference level but likely won’t start unless a spot opens up at the wing position. Depending on how he plays, there’s a chance that Billups could play at the undersized power forward spot as well.".

The “hometown” option among the contenders, VCU has been a consistent top-50 program in NCAA Basketball and a top-tier in the Atlantic 10. They also just had star guard Nah’Shon Hyland get drafted in the first round of the 2021 NBA Draft, another boost for recruiting purposes.


"The Rams certainly could use a top-100 talent like Billups, who would come in early on and be a focal point of the offense. While his stock has risen up, there’s always a chance that Billups could get over-recruited and be forced to transfer down in the future. VCU is not only the safest option of the group but also would allow the wing to develop into a potential NBA prospect of his own.".
Last edited: Aug 4, 2021
D

“This is probably my final six right here. I'm not sure when I'll make my final decision yet but it'll be soon. Before I make my decision I'll be looking at which school is the best fit for me, where I have the best relationship with the players and coaches and just feels like home.”

“I like all the playstyles of the schools. They all like long athletic big guards that can run the floor and do everything on the court.”

VCU: “Their defensive intensity is always up. I like how they're always pressing, applying pressure on defense, getting steals and getting out in transition. On the offensive side they let

their players play their game. They move the ball a lot and have tall athletic lanky guards just like me on the team.”
D

I’ve always said if you can perform at a high level at the Peach Jam, you can play anywhere. That’s why I’m confident in
Otega Oweh
(5) becoming a really good college player. Against the top competition in the country, the 6-foot-4 guard shined for two weeks in helping Team Final on their way to a championship. Oweh has hovered toward the back end of the Rivals150 at the last two updates, but he’s in line for a nice jump at the next update. The new staff at Penn State has done a terrific job with Oweh to date and has already hosted him on a visit. Georgia, Miami, Minnesota, Oklahoma, Providence, VCU, Virginia Tech and Washington are the notable schools with recent offers.
D 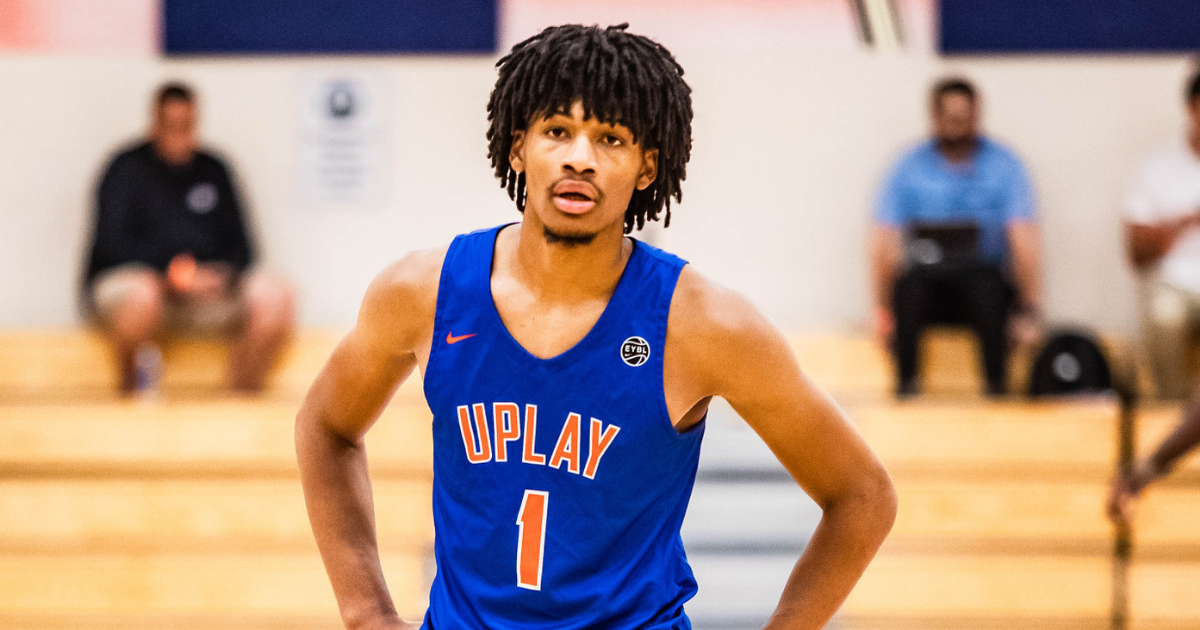 Welcome to the On3 100, our basketball rankings for the 2022 class. The goal is to assess a prospect’s potential, ultimately manifested by the NBA Draft.

ON3.com is a new sports site I discovered.

Welcome to the On3 100, our basketball rankings for the 2022 class. The goal is to assess a prospect’s potential, ultimately manifested by the NBA Draft.

ON3.com is a new sports site I discovered.

on3 is a site started by the same guy who started Rivals and 247sports. It just recently started and they haven't released a lot of their features yet but having read about them they seem really interesting.
D

Show him some love!