VCU94MCV98 said:
That's OK. Sonny was MIA during the Sonny years, too.
Click to expand... 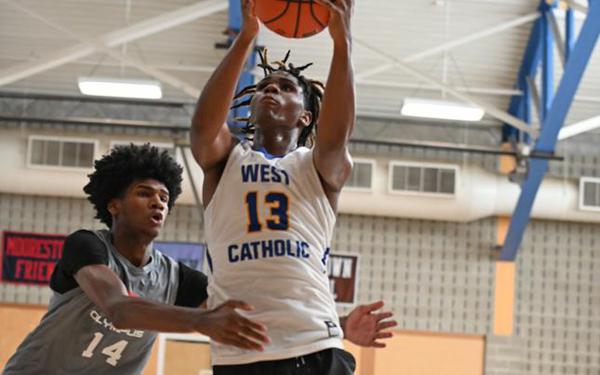 CoBL Staff (@hooplove215) The sixth “annual” CoBL Interstate Shootout made its return after a couple years off this weekend, with 72 teams taking to the courts at Friends’ Central for a pair of games. Here’s who stood out in front of the CoBL staff from Sunday’s competition; click here for Sa

Christian Fermin (2022 | Pocono Mt. West, Pa.)
The Panthers’ day didn’t go quite as planned, as a van breakdown kept them from getting there for the entirety of their two games. But even in the game-and-a-half that Pocono Mt. West was on the court, Fermin was clearly a dominant force — something that’s fairly common for the 6-10, 220-pound VCU commit, who just gets better and better each time we see him. Though he’s naturally a ‘4’ or ‘5’ man, Fermin can now put the ball on the floor in the open court and was initiating offense from the top of the key, and he’s a much more willing jump-shooter. But he’s still at his best as a rim-runner, high-level dunker and shot-blocker who puts out a ton of energy when he’s on the court.
Click to expand...

Wow, how often does something like that happen? What a gesture by Coach. I will be on the lookout for them tonight!

DisplacedRam said:
Wow, how often does something like that happen? What a gesture by Coach. I will be on the lookout for them tonight!
Click to expand...

I’ve had some interactions with them on Twitter and they seem like a great bunch. I’m sure they’re excited!

What a great idea. All about relationships.

Can't wait to finally be in the Stu again tonight!

Coach is so cool and if you haven't listened to the latest Rhoades Show, they you just don't know.

He sure does. I’m really looking forward to him joining us next year.