Great first year for Bones! He ended up in a great situation for a rookie drafted near the end of round 1 ( lot's of teams ahead of Denver in draft missed on their scouting of Bones).

I don't worry on the offensive end as much as I do on the defensive end for Bones . I like it when Bones hunts his shots on offense. I think in big games he defers too much to the more established players and with the Nuggets only Jokic is worth deferring to.

On defense Bones needs to improve. While the Dubs have some dynamite guards, too many times they just blew by Bones to the rim or created easy pick n roll options because Bones is not anticipating pick and fighting over the pick. Bones also needs to continue to work on help defense in the rotations that occur when the opponent is moving the ball (draymond green would be a great teammate to play with as well as he looks for his teammates)

Playoff basketball is a unique animal because defense is played for the whole game, Teams potentially have 7 games to play against one opponent and good coaches make adjustments or identify weaknesses and exploit. If a player does not do a good job on defending the pick n roll, most coaches will exploit that over and over during crunch time. I think that was part of why we did not see Bones on the court in crunch time. But he is a rookie and has not had the opportunity to defend in college the best of the best like he needs to in the NBA.

I remain confident Bones has the desire to succeed and will rise to the challenge.

Bones, you make us Ram fans proud. You have represented VCU well and the best lies ahead for you. May you be blessed with a long and successful NBA career. Who knows, maybe a championship ring.m

PhantomRam said:
Spot on and I wouldn't wish anything different for the young man. However, as a Ram fan I cannot help but still think "what if".
Click to expand...

Watching him light up teams in the NBA this season it was pretty obvious that he could have used another 3 years of experience at VCU.

^^^^
No doubt. Having him for this year would have made us a team with a bonafide NBA'er.

"Fricken one trick pony thinks he is all hot and stuff just because he is one of the best rookies out there.".....said the guy with 8 legs.
Last edited: May 2, 2022
B

Give Bones an assist .... the Nuggets' rookie likely had a hand in Nikola Jokic winning this year's league MVP. They meshed smoothly on the court and, I'm told, were inseparable in Denver's late-night party scene.

bighornn said:
Give Bones an assist .... the Nuggets' rookie likely had a hand in Nikola Jokic winning this year's league MVP. They meshed smoothly on the court and, I'm told, were inseparable in Denver's late-night party scene.
Click to expand...

The funniest end of the season quote regarding Jokic was something like.....Mike Malone said, I told Nikola I was going to come to Serbia this summer. Jokic said, you can come to Serbia but you will not find me. Bones Hyland Will Fight You If You Slander Nikola Jokic's MVP

Monday was a special day for Denver Nuggets star Nikola Jokic, who won his second consecutive NBA MVP award after edging out Philadelphia 76ers big man Joel Embiid. Of course, Twitter had their fair share of opinions on Jokic winning it over Embiid, but Bones Hyland fully came to the defense of...

Jokic and Hyland. Has a ring to it...

Photo by Mitchell Leff/Getty Images The story of the regular season With the 26th overall pick in last year’s NBA Draft, the Denver Nuggets selected VCU guard Nah’Shon “Bones” Hyland to bolster their roster. He burst onto the scene as an immediate fan favorite due to his contagious smile and...

Photo by Mitchell Leff/Getty Images The story of the regular season With the 26th overall pick in last year’s NBA Draft, the Denver Nuggets selected VCU guard Nah’Shon “Bones” Hyland to bolster their roster. He burst onto the scene as an immediate fan favorite due to his contagious smile and...

If was fun watching those Philly game highlights, perfect game for him to show up! 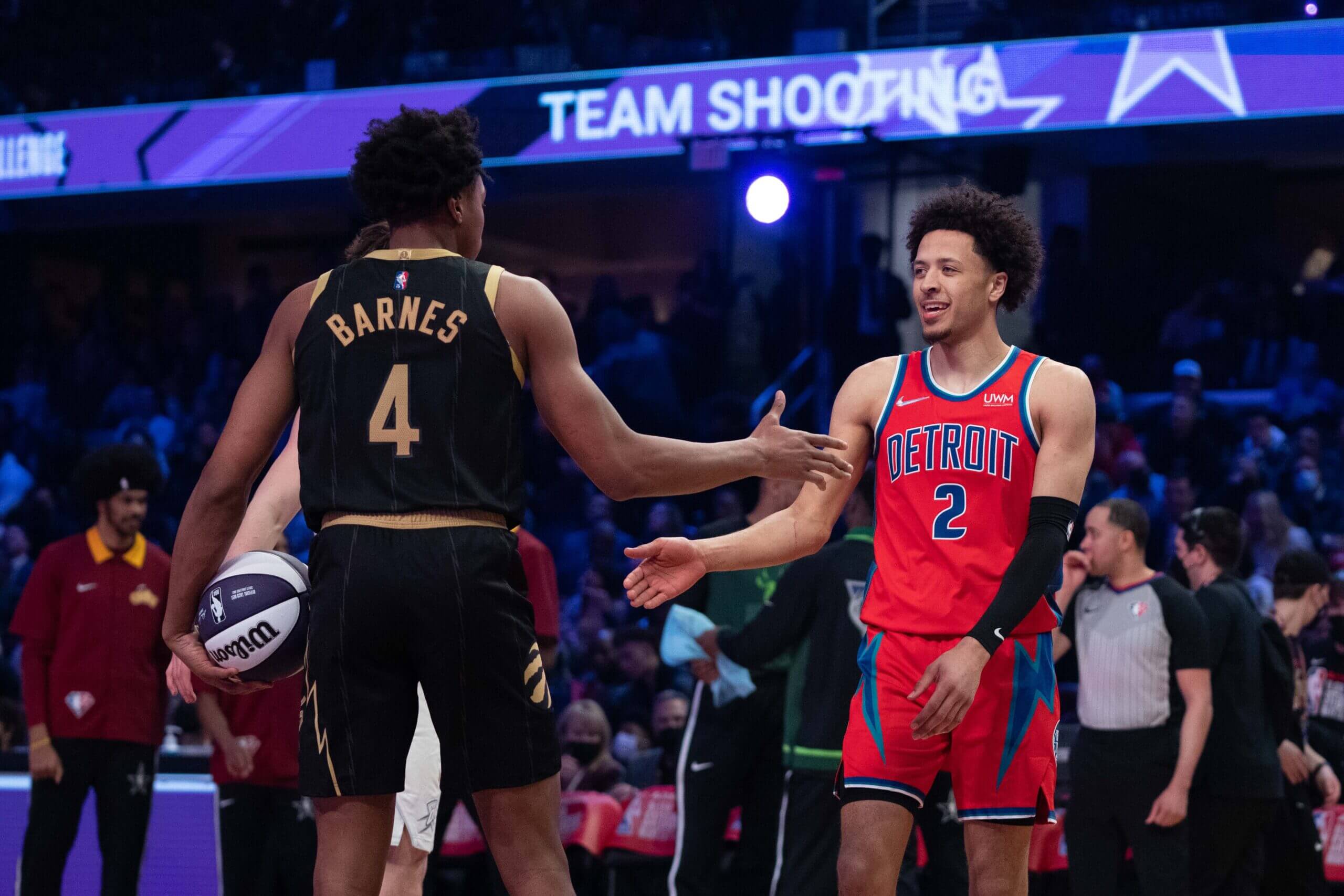 Here is a re-draft of a talented 2021 NBA Draft class, a long-term asset ranking more than an actual rookie ranking, by Sam Vecenie.