mrgeode said:
I'm all for it. Wear what makes you feel cool at any age, but definitely do it in your teens and early 20s. You'll get a good laugh later.
Click to expand...

Yeah, I certainly did. I was a hipster before it was a word.

rambunctiousrowdyram said:
Everyone will have eyes on him being a first rounders anyway. Going on about how you are going make the league pay, they have no idea what’s coming, etc just sets you for major criticism if he struggles early on or his first year or two.
Click to expand...

Eh, not really. I highly doubt many current NBA players are all that familiar with whoever is taken 26th in any draft, let alone focusing on what he might have said to pump himself up.

Nobody cared what Draymond Green had to say until he actually did exceed many expectations.
V

AlienAiden said:
Since we are talking about it. Nobody beat Jalen Green's get up. 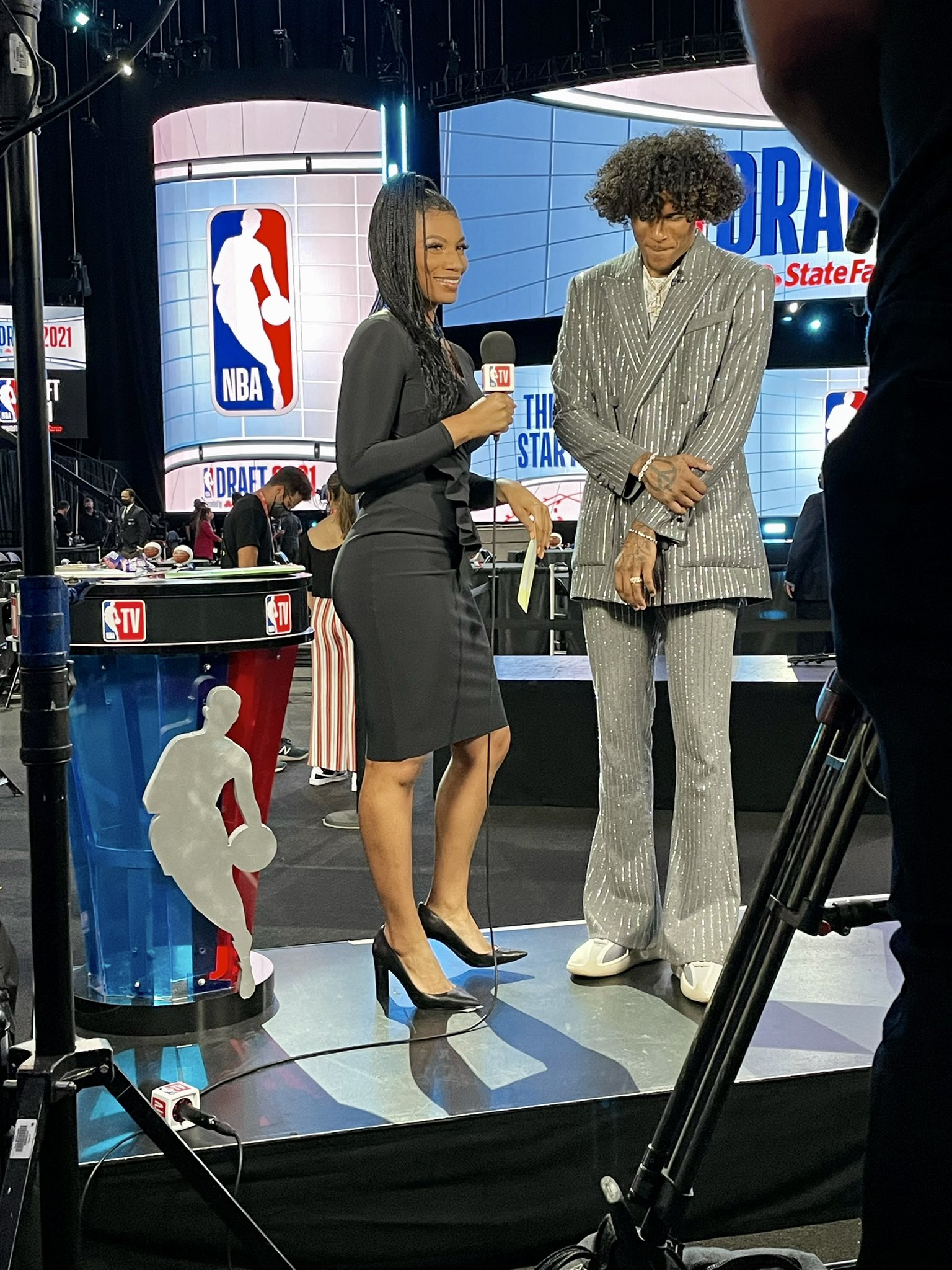 The guy with the pink suit had the best outfit.

that second pic makes me laugh every time.
the sweater vest, the bowtie, the perfect frown, the eyes...it's perfection

GarseIronjade said:
Someone has already posted a vid talking about making all those teams that passed on him pay the price.

So when he's being interviewed, it's "honestly". Otherwise, it's "y'know"!

LQuarles said:
So when he's being interviewed, it's "honestly". Otherwise, it's "y'know"!

He needs a crash course from Crash!

PRock said:
He needs a crash course from Crash!

Mike had that covered, and then some.

WillWeaverRVA said:
And that post you quoted was simply me noting that the Warriors had lottery-range first round picks at the time.

Some mock drafts did actually have Bones going as high as #14 right after the combine, but they all dropped as time went on. Most of the commenters here were simply talking up the possibility, as you said.
Click to expand...

I don’t think I’ve ever been this drunk.

No, he is injecting bleach. the other miracle drug


I lol’d. And thought about reposting it in (one of) the dormant “best team ever” threads but I’m pretty sure they already get it.

The NBA announced the 2019 Summer League schedule for all teams on Friday. Every NBA Summer League game will air live on television for the second straight year, with ESPN networks and NBA TV combining to televise a record number of games.

MGM Resorts NBA Summer League 2019, which features all 30 NBA teams and the Chinese and Croatian National Teams, will tip off with 10 games on July 5 and continue through Monday, July 15 at the Thomas & Mack Center and Cox Pavilion on the campus of the University of Nevada, Las Vegas. The first day of action will include five games on NBA TV and a tripleheader on ESPN.

The event opens with all 32 teams playing four preliminary games each. The top eight teams are then seeded in a tournament, which culminates with a Championship Game on July 15 at 9 p.m. ET on ESPN2. Teams that do not qualify for the tournament will each play a consolation game. Every team will play at least five games and as many as seven in the MGM Resorts NBA Summer League.

This is mountain time so subtract 2 hours for eastern.....

You are more behind than DL was last night, sir
L