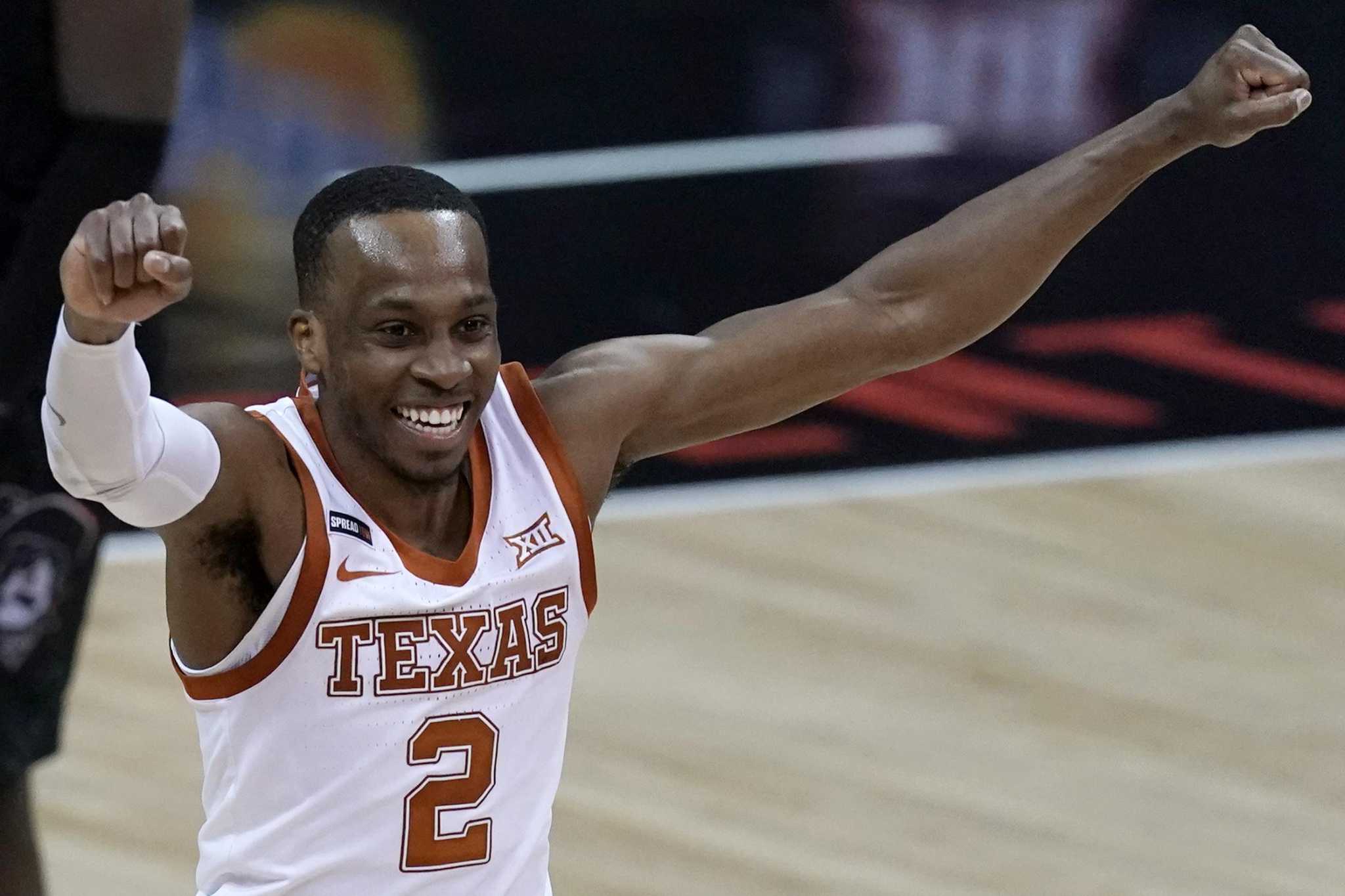 It's been quite a ride for UT's Matt Coleman, Shaka Smart

The senior guard could have gone to Duke four years ago but stuck with the coach he’d...

The kid wasn’t impressive in stature. Didn’t have a mixtape filled with dazzling 360s or ankle-snapping crossovers. But Coleman was quick and savvy and tenacious. He played with the demeanor of a floor general and enough of a shoulder chip to compensate for not being a rim-destroying athlete like Russell Westbrook or ball-on-a-string marksman like Steph Curry.

Smart and Coleman soon became thick as thieves after meeting on the AAU circuit and planned to join forces at VCU in 2017.

He had a decision to make. He could stay on the East Coast and play for coach Mike Krzyzewski at Duke, or follow Smart to Austin. On Jan. 16, 2017, Coleman committed to Texas.
Reactions: districtballer, SpiderRAM and rammed
R

G-Man said:
I get it, but you can’t buy happiness. Besides, with as much coin as he could have had here (reportedly 2.5 or 2.8 mil...I forget), really what difference does it make?

Now, there’s the theme of being “home” at Marquette. There’s also the coming back to a non-football playing school. I recall Shaka liking this when he was here.

Look, I like Shaka and want to see him do well. He did A LOT for VCU and stayed when others wouldn’t have. I just find his plight humorous on some levels.

The track record of VCU coaches leaving for “better” jobs is not good. This is almost as predictable as the sun coming up tomorrow.
Click to expand...

Compensation is more than salary. We were pretty much tapped at 2.8. Had he won Texas had much more. Also, his was allowed much more salary for this assistants, travel (private jet), and other perks.

Plus not everyone loves Richmond, especially people of color. That's an ugly fact people dont mention. Yeah money doesnt buy happiness but who's to say he was happy here? Obviously he wasn't, he left.

Last note on money, it doesnt solve the problems of life, also a fact. However, it does make it easier to focus on those problems.

As to track records of VCU former coaches, there are only a handful of programs that consistently pump out successful HC's at the next level, regardless of what the next level is. Also, would you base your choice staying on a job just because the last guy didnt pan out?

Finally, Dana Kirk 158-58 at Memphis in 7 years at Memphis and before someone mentions his jail time, he was doing the same stuff at VCU.

JD was initially very good at Tulsa and left with a 106-75. He was a jerk who wasn't very liked here and wouldn't have been forced out at some point.

Grant was ok at Bama, Coached in the NBA as a top Assistant, and now has a great job in Dayton.

At the end of the day of the guys who willingly left on Shaka and any maybe Capel haven't had that one great season. However, if you look.at the fact that both are well paid have at least 6 years of P5 head coaching and still getting the big bucks is the curse of VCU HC leaving really a thing? I dont think so, and I'd bet if you ask those guys and AD's they'd agree? If not why do he keep coming back and scooping our guys up?

rammad90 said:
Compensation is more than salary. We were pretty much tapped at 2.8. Had he won Texas had much more. Also, his was allowed much more salary for this assistants, travel (private jet), and other perks.
Click to expand...

Who said we'd be tapped at 2.8 million, especially if he kept winning? Each s16 run is worth 3.6 mil in the A10.
Reactions: milanbear, RamStrut and mrgeode
T

Bullet Point number 10 is interesting. I think it may be correct but not necessarily for the reason many will think. If Beard can continue to convince top talent to come get NBA ready via transfer, they will win a lot of games. IF he changes gears and tries to develop players while grabbing a couple one and done players, they may win fewer games but have better tournament success long term. That is my initial thought but haven't put a lot of time into it

Utah State losing their coach and Queta is going to make it really tough for them to get back to the NCAA's
Reactions: TampaKAP
R

Talk to your AD. Fwiw, its not as simple as giving SS a raise and you're done. There are Title IX implications. Also, compensation is more than just salary.
Reactions: Ramaholic