You are using an out of date browser. It may not display this or other websites correctly.
You should upgrade or use an alternative browser.

I always struggle with his first name. Can I just call him the RMan?

Terry Robin Sisisky, 58, of Richmond, Va., died Thursday, July 22, 2010, peacefully at home surrounded by loved ones. Terry was the son of the late Congressman and Mrs. Norman Sisisky.

He is survived by his devoted wife of over 21 years, Sandra Greear Sisisky; and his loving daughter, Samantha Lauren Sisisky. Other survivors include his three brothers and their wives, Mark and Susan of Richmond, Richard and Kimberly of Jacksonville, Fla., and Stuart and Lorraine of Miami Beach, Fla. Terry is also survived by many loving nieces and nephews; and one especially devoted sister-in-law, Amy Greear Rudd.

Terry was a graduate of Petersburg High School and Jacksonville University. He was a devoted member of Congregation Brith Achim in Petersburg, and a member of Congregation Betha Ahabah. Terry enjoyed a successful career spanning over 35 years of broadcasting high school collegiate and professional sports in Richmond, Petersburg, Hopewell and Colonial Heights. Terry, affectionately known to his many listeners and fans as the "T-Man," was particularly proud of his 16 years broadcasting the Boys Invitational Baseball Tournament in Colonial Heights. Terry was the voice of the VCU Mens Basketball Team for 27 years and also broadcasted VCU Women's Basketball and VCU Baseball games for 15 years. Terry was inducted in the Richmond Broadcasters Hall of Fame in May 2006, and received the Frank Soden Lifetime Achievement Award. Terry also was inducted into the VCU Athletics Hall of Fame, as well as the VCU Baseball Hall of Fame. For over 50 years, the St. Louis Cardinals never had a more devoted or knowledgeable fan. Terry listened or watched every Cardinal game.

Funeral services will be held 2 p.m. Sunday, July 25, 2010, at Blileys-Central Chapel, 3801 Augusta Ave. Interment will be in Richmond Beth El Cemetery. In lieu of flowers, contributions in Terry's memory may be made to Congregation Brith Achim, P.O. Box 1507, Petersburg, VA 23805 or The Terry R. Sisisky Fund for Sports and Communications, c/o The Community Foundation, 7501 Boulders View Drive, Suite 110, Richmond, VA 23225.

To Plant Memorial Trees in memory, please visit our Sympathy Store.
Published in The Progress-Index from Jul. 24 to Jul. 25, 2010.
Click to expand... 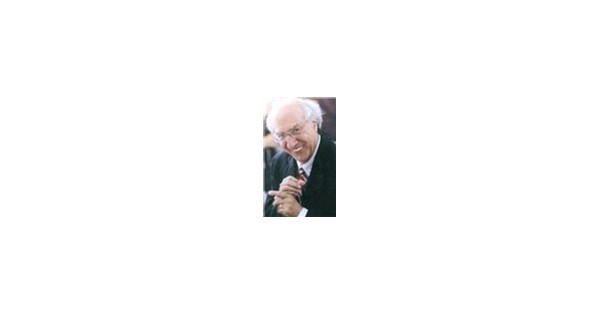 Way back when I was in medical school, and the internet was "new," I discovered that I could pull up the St. Louis Post-Dispatch online to read about my beloved Cardinals. Knowing that Terry was a Cards fan as well, I actually called in to his radio show to share my new discovery. It's the one and only time that I've ever actually called a radio show. Though, once again the internet was "new." I didn't know at that time that I should just tell him to go to "www.stltoday.com." I tried to give him a lengthy web address with "http," and backslashes, and such. I think he got frustrated with me and shooed me off the air!

In my mind, Terry was the voice of the Rams, and a fan of my baseball club. He was the best!
Reactions: VCUBeatsduke, VCU94MCV98 and RowdyPkunk

Had the great fortune of working alongside the T Man early in my newspaper career: first at the CT talking shop during the pregame in the bowels of the RC, then when I started my full-time career at the Progress-Index covering Petersburg football and basketball and the BIB at Shepherd Stadium, which honestly was probably his favorite event to cover. The man was an encyclopedia wrapped in a good guy. Would have been well within his rights to big-time me in both stops but always had a big smile and a hearty handshake waiting as I trundled into the gym/stadium (I don't think I ever beat the man to the game). What was it Big Al said about him? He could make coffee nervous.

(Apropos of nothing, but I grew up in his dad's congressional district. Not to get political, but it was a pretty conservative chunk of land that Norm, a moderate Democrat and defense hawk, would win with ease every two years, which says something about the kind of politician and man he was -- and it filtered down to Terry.)

Blessed to have been in his presence. A lot of people who came to the program in the post-Final Four years couldn't appreciate how woven into the fabric he was. It's a shame that he never got the payoff for those long trips to South Alabama and Jacksonville, but ya gotta think he was up there, doing the call of the Kansas game for the multitudes of angels above.

Ten years ago and it might as well have been last week. Rest well, T Man.

(off the record)
Reactions: VCUBeatsduke and G-Man

In the mid-90s, I worked in radio news as a weekend part-timer at the Virginia News Network. Terry would occasionally fill in for someone there, so we'd spend a lot of time together on those days. He was a genuinely nice guy who had a lot of encouraging words for a budding journalist. My most vivid memories of him, however, were right before and right after his sportscasts. I've never seen someone more of a disaster right before sportscast. He'd run into the studio with scripts and tapes flying everywhere, freaking out that he was going to screw things up. But, when the microphone went on, he sounded like he was born for the job. He was one of a kind.
Reactions: VCUBeatsduke, VCU94MCV98 and BaNgMyPrOgRaM

Such heart breaking news. Hw was the voice of the Ram and will be greatly missed.

What a shame!
R

Terry Sisiski was the voice of VCU basketball t me. Love our current guys, but Sisisky defined calling our games to me. So, often I couldn't make games for work schedules, finances or living somewhere else (sometimes couldn't even get radio broadcasts ☹). Hearing him call the game was the next best thing to being there. Lot's of good memories.
Reactions: Beirne and BaNgMyPrOgRaM

T Man loved him some Cardinals baseball too!
Reactions: Beirne and Newboy
B

Many forget His T'ness was a Jacksonville U alumnus (his time in Jax may have coincided with the great Artis Gimore, but not sure) ... coincidentally the Dolphins became a Rams' foe during Sun Belt days .... another thought: who was Rams' radio voice pre T Man? Vividly recall him (announcer), SID aide Leonard Alley and SID Earl "Mr. Mack" McIntyre getting awards on Coliseum floor during Times-Dispatch tournament.

bighornn said:
Many forget His T'ness was a Jacksonville U alumnus (his time in Jax may have coincided with the great Artis Gimore, but not sure) ... coincidentally the Dolphins became a Rams' foe during Sun Belt days .... another thought: who was Rams' radio voice pre T Man? Vividly recall him (announcer), SID aide Leonard Alley and SID Earl "Mr. Mack" McIntyre getting awards on Coliseum floor during Times-Dispatch tournament.
Click to expand...

Leonard Alley was a low-key legendary Richmond sports figure, at least behind the scenes. He was the Richmond Braves' official scorer forever and an inescapable part of the Diamond press-box scene. I think he did stats for VCU and UR basketball. Pretty sure I saw him at a R-MC—H-SC football game. Great guy.

The T-Man used to broadcast Petersburg High School and the old Central District High School Basketball Tournament on WSSV radio. When he started doing Petersburg HS games, there was a player on the roster named Moses Malone which created the interest for the games to be broadcasted locally, and probably the birth of the T-Man's radio career.

bighornn said:
Many forget His T'ness was a Jacksonville U alumnus (his time in Jax may have coincided with the great Artis Gimore, but not sure) ... coincidentally the Dolphins became a Rams' foe during Sun Belt days .... another thought: who was Rams' radio voice pre T Man? Vividly recall him (announcer), SID aide Leonard Alley and SID Earl "Mr. Mack" McIntyre getting awards on Coliseum floor during Times-Dispatch tournament.
Click to expand...