The Official Beat the Vanderbilt Commodores in Nashville Thread 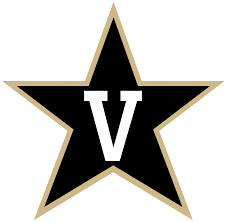 Not much confidence we can compete

I like our chances of competing. Basketball, especially so far this year is not transitive. GW looked good against #21 Maryland yesterday I am watching them get stomped by UC San Diego. Tell you what, I’ll buy you a beer in Nashville if it’s not competitive

Commodores? I thought they were the Commodes...

The bad news is that we will have to play our best game of the season to even have a shot at winning this one. The good news is that we've left a lot of room for improvement.

I mean realistically I just hope we don’t get blown out. Bummer since I been excited since they scheduled them. I was borderline planning to make the trip before.

Hopefully we will be pleasantly surprised.

VCU Finance 2008 said:
The bad news is that we will have to play our best game of the season to even have a shot at winning this one. The good news is that we've left a lot of room for improvement.
Click to expand...

Saw you walking to your vehicle while we were driving off last night, sorry I didn't pull over and say Hi, the traffic was too crazy.

I was really disappointed in the results last night, but you never know about college age guys. Things can look awful then something clicks and all of a sudden they can be playing at a very high level. I still think the talent is there, but it's like all the moving parts are moving out of sink. The defense is there, lots of hands on rebounds, but then not securing them well, balls bouncing around on the floor are turning into offensive rebounds too often. Offense is totally out of sink. We have a lot of guys who can play off of other guys, but haven't found out how to play off of each other yet. We need Ace back! I thought Tsohonis played pretty well at times, especially in the first half. We have got to get some outside shooting going, Banks, Nunn, Tso, Vince... somebody needs to get going. That could make a huge difference. A whole lot of ifs. Hope we answer all of them the right way. Go Rams!
B

Preseason KenPom.com ranking: 79
While the Commodores struggled defensively last season, guard Scotty Pippen Jr. is a standout. The 6-3, 185-pound son of the former Bulls star, Pippen was 16th in the nation last season, averaging 20.8 points. He’s the preseason SEC player of the year heading into 2021-22. Vanderbilt also added four transfers including a player VCU is familiar with in guard Rodney Chatman, a former Dayton standout. This is the beginning of a home-and-home series between VCU and Vanderbilt.

Torvik projection: 70-65 Vanderbilt with a 33% chance of a VCU victory. Interestingly despite losing to Wagner so badly none of Torvik’s projections changed much and the Cuse game actually got closer.