I think Green is #1 on my 2023 wishlist ahead of Dilione and Demary. He would be the perfect PG to take over for Ace.
D

VCU Heel said:
I think Green is #1 on my 2023 wishlist ahead of Dilione and Demary. He would be the perfect PG to take over for Ace.
Click to expand...

VCU Heel said:
I think Green is #1 on my 2023 wishlist ahead of Dilione and Demary. He would be the perfect PG to take over for Ace.
Click to expand...

Any of the point guards we are on would be great, but I can't argue with you on Green. He brings so much as a point guard and on both ends of the court. We can definitely win a lot of basketball games with a PG like that.
D

Kansas State trying to get slick on the Trey Green front. They hired the Trey's prep and aau coach then offered Trey!

Trey Green
is one of the latest prospects to pick up an offer from Virginia.


As the hunt for a point guard in 2023 continues, Tony Bennett offered the four-star prospect the day after he led his Mokan Elite team to a Peach Jam Championship while averaging16 points, 3.3 rebounds, 3.6 assists and 1.4 steals per game.

“Being able to win Peach Jam was a life changing experience honestly,” Green told CavsCorner. “All of the work we put in leading up to it was really important because we wanted to win this thing. It was a really special moment.”

Being named MVP of Peach Jam is an honor that only elite high school prospects can say they have accomplished and colleges really took notice of Green the past month, which has ultimately made his recruitment skyrocket.".

"
So far Green has taken one official visit but is in the middle of lining up more.

“I have taken an official visit to Nebraska and am setting up more visits to LSU, Miami, Virginia, and VCU,” he said.

When Green visits UVa, he certainly knows what he is trying to accomplish while there.

“I really want to see what the atmosphere is like there and see the atmosphere within the team,” he said. “I want to make sure it is a family atmosphere and just really see how things are run. I just want to be able to enjoy the visit and gain all of the type of information I can.”

Also of note, yesterday his recruitment definitely took a twist as it was announced that his high school and AAU coach, Rodney Perry, had been hired as an assistant at Kansas State. Green subsequently was offered by KSU later that night.

Has he even visited VCU yet?. A few posts above for July 29th said he had only officially visited Nebraska.

Doubt we are his pick…or maybe vice versa
V

Always nice to be recognized, at the very least. Really had no idea how hard we were recruiting him and I am trying to play catchup. I guess we will find out within the week. 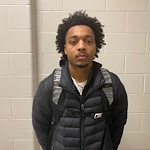 Trey Green is a PG from Prolific Prep in Mooresville, NC.

https://twitter.com/i/web/status/1554152354856960000
Yesterday four-star guard Trey Green announced that he will make his college decision this Saturday, August 6th. A sub-six foot guard by way of Mooresville (N.C.) Green cut his list of options down to a final five that includes LSU, Miami, VCU, Virginia, and Xavier.

"VCU: “I have a great relationship with JD Byers. Mike Rhoades and his guys reach out to my dad. They are making sure that I am a priority. I love how they are doing that and I love how they play.”
You must log in or register to reply here.
Share:
Facebook Twitter Reddit Email Share Link
Top