Ty-Laur Johnson is 4* PG whom vcu start recruiting heavily back at the end of April.

He is arguably the best guard in the north east. He was New Jersy High school player of the year and goes the st. Benedict's which was a pipeline for vcu in the 2010's. (Melvin Johnson, Jonathan Williams.

Where do the nation basketball recruits rank? Check out the player rankings on RecruitingNation.com

The definitive source for all Rivals news. 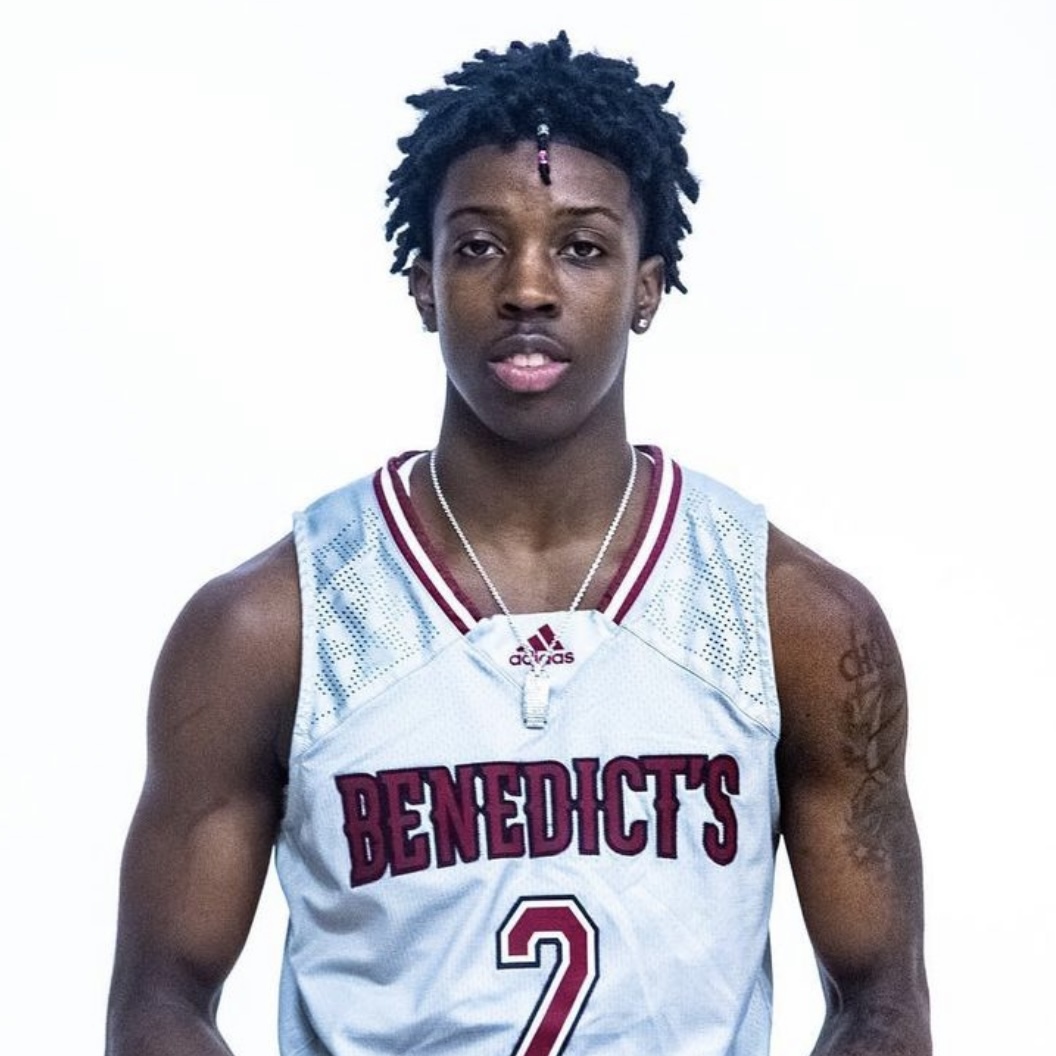 Tylaur Johnson is a PG from St. Benedict Prep in Newark, NJ.

the 2023 class. The 6-foot-0 point guard averaged over 20 points per game for his NY Rens team, which finished with five wins and zero losses for EYBL Louisville.

“I try always to get downhill, read the defense, and stay in attack mode,” Johnson told On3. “I love making decisions and making my teammates happy. When I watch film on pick-and-rolls, I like to watch Chris Paul. Defensively, I watch Kyrie Irving. Athletically, I watch Ja Morant. Shooting, I watch Steph Curry.”

My first visit will probably be to Seton Hall. I don’t really deal with my recruitment; my dad handles it. I just play basketball. I’d like to go see Arizona State; we hear from Pittsburgh, St. John’s, and VCU.

Seems like Seton Hall has the inside track currently, unfortunately.
D

Not necessarily. Having Dad handle all the recruiting isn’t a bad idea so long as they have the same desires. There are so many phone calls texts emails etc from dozens of programs it would be overwhelming in my opinion
D

BradRamFan said:
Sounds like dad will decide what is best for him and where he ends up
Click to expand...

Major Ram 2.0 said:
Not necessarily. Having Dad handle all the recruiting isn’t a bad idea so long as they have the same desires. There are so many phone calls texts emails etc from dozens of programs it would be overwhelming in my opinion
Click to expand...

"
Ty-Laur Johnson has just a handful of offers at this point in time. That said, Ole Miss recently became the first SEC basketball program to pull the trigger and offer the 6-foot, 60-pound point guard pout of St. Benedict Prep in Newark, New Jersey. Some of those other offers include VCU, St. John's, Creighton and DePaul.".
"
Johnson is considered a four-star prospected in the industry-generated composite rankings, with a grade of .9649 and No. 85 overall 2023 prospect, No. 13 at his point-guard position and No. 6 player in New Jersey."

Johnson is considered by 247Sports to be a three-star prospect, No. 132 overall player, No. 17 point guard and the No. 6 New Jersey prospect.


"Johnson was part of a dominant St. Benedict's program that finished the 2021-2022 season with a record of 24-1. Johnson was a force to be reckoned with. Johnson averaged 29.8 points per game. Additionally, he added a whopping 9.38 assists per game to go along with his average of five boards. His best performance of the season came on February 2, where he had a season-high 42 points and seven three pointers made and 15 assists. All that came in a dominant 109-53 win over Lawrenceville School. Johnson had seven other performances other than the aforementioned win where he had 30 points or more, six of them came in his first seven appearances of the season. He had a total of nine games where he had 10 or more assists and two double digit rebound games, resulting in two triple-double games."

"
When asked about his recruitment, Johnson told Bossi:

60 LB point guard? Man we’re gonna have to really hit that dude with the meats and potato!!!
E

rambunctiousrowdyram said:
60 LB point guard? Man we’re gonna have to really hit that dude with the meats and potato!!!
Click to expand...