BradRamFan said:
I'll just stick with 24-70 mm. Not into the gopro look either.
Click to expand...

I like how dynamic the GoPro looks. Today I plan to give my video a fisheye look. Sue me 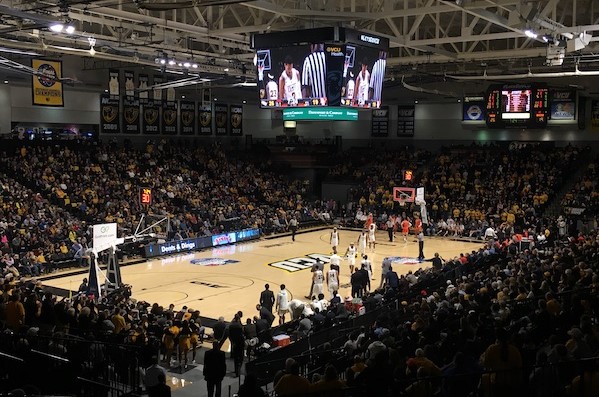 A March Madness breakdown of the business side of VCU Athletics since its bracket-busting run to the Final Four in 2011.

mrgeode said:
A nice write-up on Three Man Weave. I like their closing

This is an interesting way to adapt and reuse space. Taking part of a parking deck and turning it into a practice facility for the baseball team. $1.7m so I'd imagine it will be pretty darn nice. 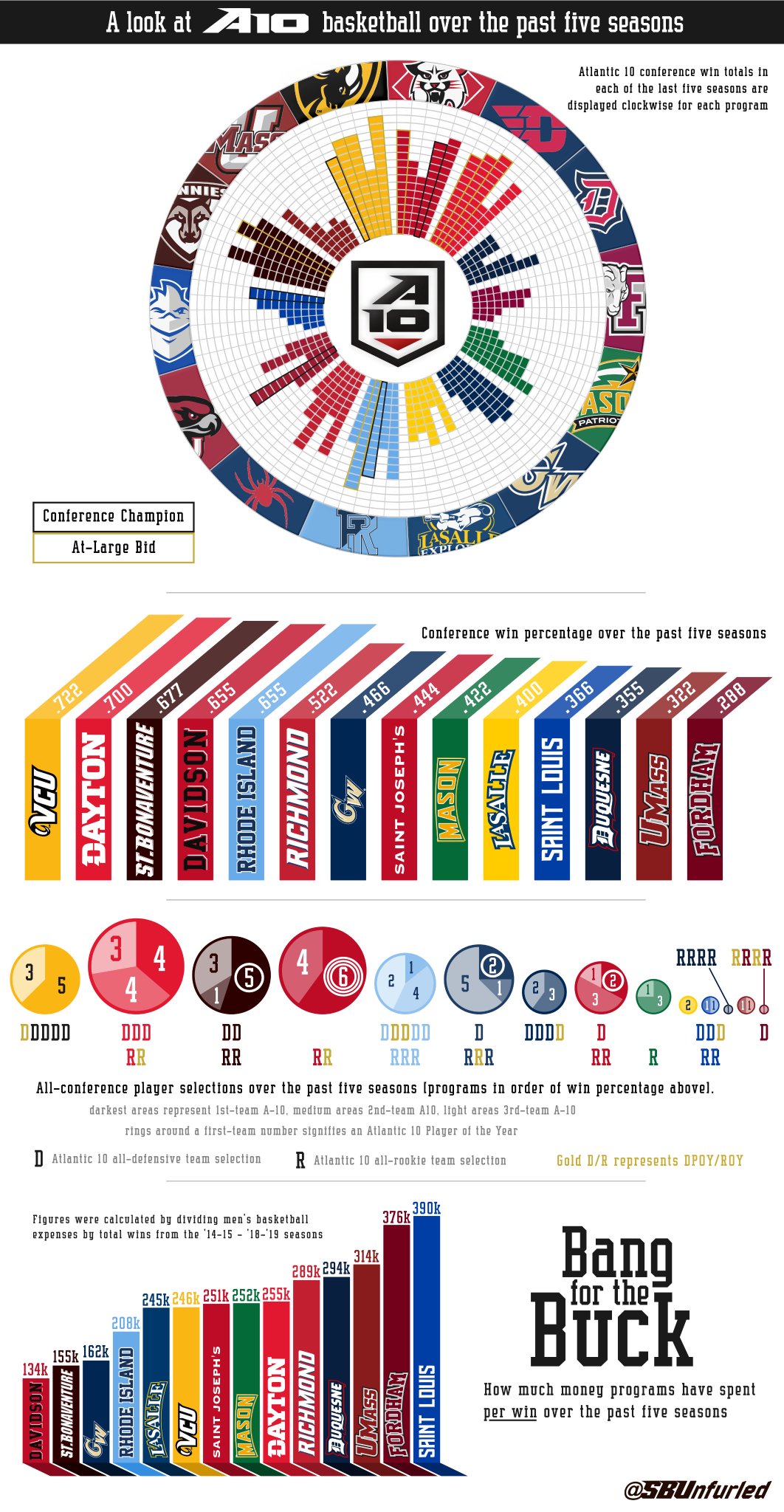 Reactions: RAMBALLFAN, Ramz22, DisplacedRam and 2 others

I don't like how the at-large outline color doesn't show all the at-large bids we've gotten very well. It would make our program truly stand out. Wish we had one more conference win last season so SBU couldn't say the things they did when posting this.

I also get annoyed when other A10 programs use the funding argument for why they're better. Yeah, VCU had to EARN the funding we have today by beating the odds, going to a final four, and investing the right way off of that momentum. The result? Three coaches in a span of four years and the fallout and issues associated with that. If we're lucky, we'll get consistency with Rhoades, but VCU and Dayton and URI have the double-edged sword where success leads to taking steps back when a coach leaves. This is potentially just as damaging as a lower budget where you don't have to keep enticing coaches to come or stay. 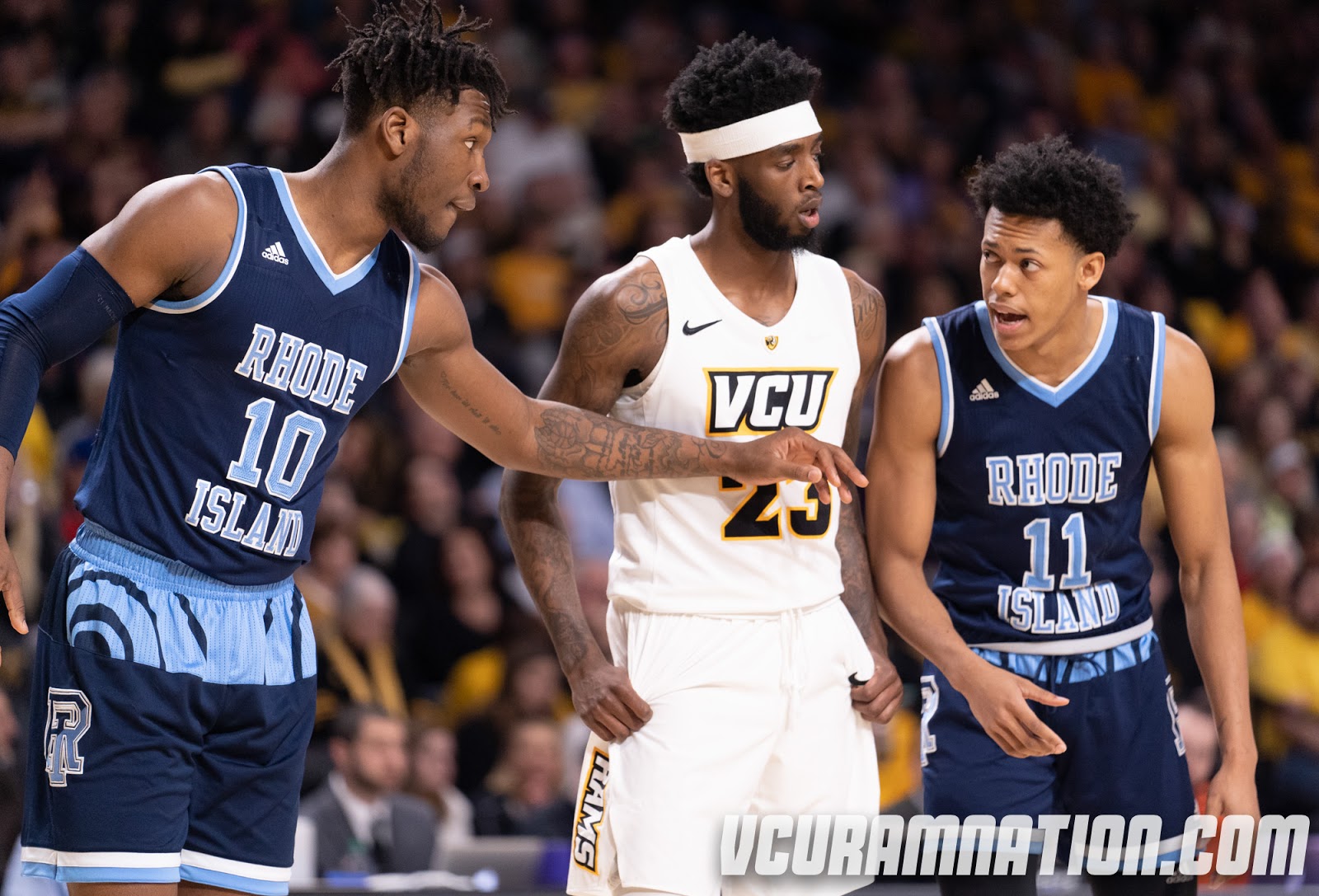 Another season of Atlantic 10 basketball has come to a close following VCU and Saint Louis’ losses this past Friday night. What does that mean? We get to enjoy the rest of March Madness rooting on our brackets but not our teams. But it also means we have a long offseason ahead of us where … Read...

1. VCU Rams
I’ve done a bit of a 180 on my preseason #1 pick after tweeting out initial power rankings a few weeks ago where I had Dayton atop the list. VCU returns all but 2.8 points per game (Michael Gilmore) and should be expected to take the league crown 2 years in a row. Despite a frustrating end to a very solid season, VCU should be more than happy to have gotten back to the big dance, and Marcus Evans’ health was certainly a question this past week; not to mention, an opening round NCAA Tournament loss to a very dangerous UCF team is nothing to be ashamed of.
I’d peg Marcus Evans as an early favorite to win Atlantic 10 Player of the Year in his senior season, likely duking it out with Jon Axel Gudmundsson — the winner of the title this year. VCU’s defense was what made the Rams elite during conference play, but if they want to see the 2nd weekend in the NCAA Tournament, the Rams will need some improvements on the other end of the floor. Evans shot just 27.3% from deep this year, a metric that can certainly be improved this offseason. As a team, VCU was barely 30% from long range, and they shot just 6/26 from three against UCF. In my opinion, VCU was a bit too reliant on the three as a team without a truly lethal outside shooter. Marcus Santos-Silva was arguably VCU’s most dominant player in the closing weeks of the season, and I’d look to his improvements inside as an indicator of the Rams’ success. Barring some crazy roster turnover (which is highly unlikely given VCU’s success this year), the Rams will be a deep, experienced team yet again and the favorites to win.
Reactions: RamBo, mrgeode, RAMification and 5 others

Havoc City said:
We've won the A10 tournament once, so no.
Click to expand...

Winning or not winning a conference tournament doesn’t make one a flagship program. A flagship program is one who, more often than not, competes for the league title every year. It’s about consistency. VCU and Dayton have been the flagship programs in the A-10 for the last 7 years. Davidson is becoming one, too.

It is not an apples-to-apples comparison, but North Carolina has won ONE ACC tournament title in the last 11 years. Does that mean they aren’t a flagship program anymore?
Reactions: Ramdog and RamBo

I would throw Rhode Island in with that group too...at least the last couple of years they have been a relatively strong team. The A10 has a good core group of consistent "leaders", I guess you can say.

HBK said:
Winning or not winning a conference tournament doesn’t make one a flagship program. A flagship program is one who, more often than not, competes for the league title every year. It’s about consistency. VCU and Dayton have been the flagship programs in the A-10 for the last 7 years. Davidson is becoming one, too.

It is not an apples-to-apples comparison, but North Carolina has won ONE ACC tournament title in the last 11 years. Does that mean they aren’t a flagship program anymore?
Click to expand...

How many national championships, final fours, and elite 8's have UNC participated in during that time? You're right, it's not an apt comparison at all.

Are we one of the better programs in the A10? Of course we are. But I repeat, we've won exactly one championship in that time. And we haven't advanced into the Sweet 16 at all during this time period. You can try to change the definition all you want, but "flagship" entails a kind of continued dominance that we just haven't produced yet. Perhaps VCU and Dayton will get there soon, but right now it's completely premature to insist that we're the A10's flagship.
Reactions: vcu70
You must log in or register to reply here.
Share:
Facebook Twitter Reddit Email Share Link
Top Bottom